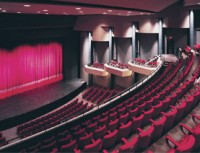 On the evening of October 3rd, if you are within driving distance of the sister cities of Detroit, Michigan and Windsor, Ontario, you have a great opportunity to hear NEXUS perform with the Windsor Symphony Orchestra.

NEXUS, like everyone else, is heading “back to school” this month. Beginning on September 30th NEXUS is performing and giving workshops at the University of Windsor in Windsor, Ontario, including one tailored especially for High School students. 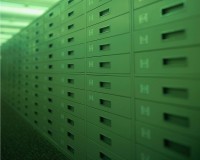 The mention in my summer festivals post of my last “archive” posting of the “Offbeat” NEXUS article of 1998, this is another Allan Kozinn New York Times review, 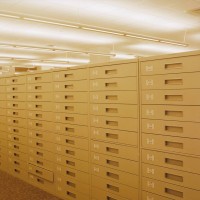 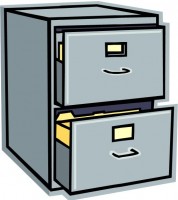 From time to time I will give you a peek into the NEXUS archives. Here are some great excerpts from a 1999 New York Times article by  Leslie Kandell entitled A Percussion Ensemble That Keeps Marching to a Different Drummer. It provides a neat snapshot of NEXUS and mentions a couple of pieces that NEXUS… Read more » 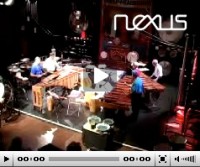 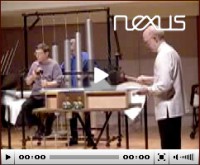 In Memoriam:JOHN WYRE May 17, 1941 – October 31, 2006 John Wyre (second from left) with Bill Cahn, Steve Gadd, and Robin Engelman at PASIC 2005 in Columbus, Ohio (Photo by Lauren Vogel Weiss) John Wyre, one of the founding members of the world renown percussion ensemble NEXUS, passed away on October 31, 2006 in… Read more » 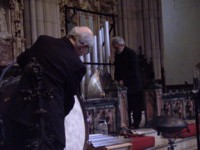 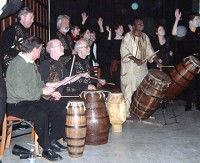 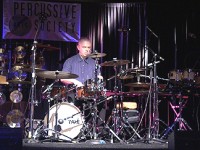 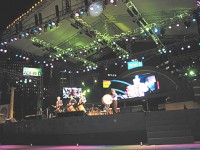 NEXUS in Germantown, TN March 2004 with Michael Stern and the IRIS Orchestra