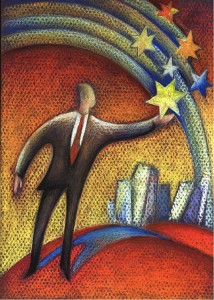 In 2008 NEXUS performed at the Ottawa Chamber Music Festival. Incredibly, this was NEXUS’ first time at the OCMF. They gave three different performances: one in a late-night “after-hours” venue, the second a formal evening solo concert, and the third an afternoon educational concert at the Museum of Civilization. Here is an interesting article and interview by Steve Mazey that ran in the Ottawa Citizen:

Ottawa Percussionist says NEXUS an Inspiration to us all

Ottawa percussionist Jean-Sébastien Lacombe had been looking forward for weeks to the Chamber Festival concert by Toronto percussion quintet Nexus at the Canadian Museum of Civilization Aug. 5, and he says he wasn’t disappointed.

The group performed music by Steve Reich, John Cage, Toru Takemitsu and others for a near-capacity crowd.

I asked Lacombe, who performs around town and teaches at the University of Ottawa department of music, to offer his review of the show.

Last night’s concert was great.  I always enjoy hearing NEXUS play the Military Aires.  The Three Camps is probably the best known Air amongst percussionists – the piece has been played during warm-ups, juries, concerts and masterclasses, and my students often tell me that it never sounds as good as when Nexus plays it.  I try to remind them (and remind myself as well) that their level of playing is the result of many, many hours of practice.   Nevertheless, NEXUS remains an inspiration to us all.

Nexus is able to truly show how important it is to listen to each other when playing as an ensemble.  They travel with a battery of percussion equipment, and it often takes up the entire stage.  Last night, the stage was filled with instruments like the marimba, vibraphone, xylophone, gongs, pianos, crotales, cymbals, chimes, cowbells, gourds, bongos, etc.  Some were played with sticks, some with hands, some even with their mouths.  There was even a slide whistle duet!  With the members often playing at opposite ends of the stage, playing many different instruments at once while following their music, one can’t help but wonder how they are able to watch and listen to each other, and play together the way they do, all without the help of a conductor.

The level of concentration required is especially apparent in pieces like Drumming, by Steve Reich.  As explained by Russell Hartenberger, this minimalist piece makes use of a technique called “phasing”, in which two players play the same pattern, but one player accelerates gradually until the next possible interlocking pattern is reached.  Nexus played the first of four movements last night, for four pairs of tuned bongos.  The piece took us through cacophony and intrigue, and always returned  to order.

Nexus also played an original composition from one of their earlier albums, composed by Bill Cahn, called The Birds.  The piece makes use of over 100 different sounds, and seemed to use every instrument except the kitchen sink.  It brilliantly illustrated scenes like the Amazonian forests and duck hunting.

Nexus ended their concert with two African pieces, which seemed to be their favourites, judging by the immense smiles on their faces as they danced and enjoyed themselves on stage.  Noteworthy instruments were the two thumb pianos, one bass and one higher-pitched, beautifully played out of what looked like a giant pumpkin.  They were accompanied by a set of cowbells and a family of hand drums, presented to us as “…the grandfather, the parents and the baby drum.”

To pick a favourite piece is a difficult task.  The concert was well-varied, with something to please everybody.  NEXUS played well over 100 different instruments, and gave a brief insight on the discipline required to be a percussionist – every note had to be played properly, and in the right place.  Percussionists are usually seen sitting at the back of an orchestra, either counting bars or playing the odd triangle note, and it is refreshing to see an all-percussion ensemble doing what they do best…playing!