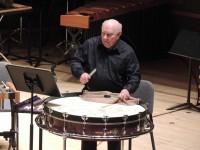 Check out this wonderful article in the February issue of Rhythm! Scene written by Lauren Vogel Weiss on the Philadelphia celebration of percussion for Alan Abel’s 85th Birthday! Great photos too. Read all about it by clicking here: Abel_85_Bday_Concert-RS

NEXUS is in residence at Winthrop University, Rock Hill, SC today and tomorrow and will be participating in North Carolina’s Days of Percussion on Saturday and Sunday.

Bob has shared with us some great photos taken by Lauren Weiss at the Alan Abel birthday concert in Philadelphia. 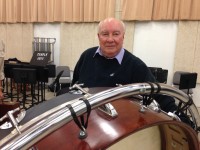 Russell and Bob and NEXUS received a very nice notice in the the Philadelphia Inquirer. David Patrick Stearns’ entertaining review enjoys covering this “bang-up occasion” – the 85th birthday tribute to Alan Abel on November 16th. The stage was so full of “instrumental hardware”, it was a case of “marimba gridlock”!

Hard on the heels of NEXUS’ beautiful Toronto concert at Walter Hall and recording session at Noble Street Studios with Sepideh Raissadat, the fab four are now heading to Philadelphia for a busy week of concerts, coachings and clinics.

NEXUS and Sepideh Raissadat were greeted by a sold-out house on the weekend at the Open Ears Festival in Kitchener, Ontario. 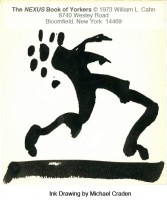 Yorker (yor’ ker)  n.  a thought-provoking phrase or comment made by participants during the two-week residency of NEXUS at York University in July/August 1973.

Check out this YouTube posting and see members of NEXUS and friends at work at the recording of “Stars & Stripes: Canadian Brass Salute America”.

Click HERE to read about the recognition by the Toronto Arts Awards of NEXUS’ 40th Anniversary season.

Click HERE to read about the NEXUS concert with the 2X10 Piano Duo at the University of Toronto.

In October 1996, NEXUS celebrated their 25th anniversary with an appearance in Toronto with members of the Steve Reich ensemble, accompanying images by the highly acclaimed Canadian filmmaker Atom Egoyan. 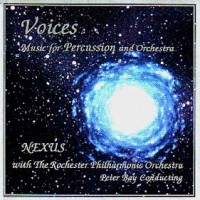 The NEXUS CD Voices was released in 1994. It features NEXUS with the Rochester Philharmonic Orchestra, conducted by Peter Bay. NEXUS is delighted to be performing with Maestro Bay once again this year, on April 1st and 2nd in Austin, Texas!  In addition to his duties with the Austin Symphony, Maestro Bay is Music Director… Read more »

December is glowing: Hanukah candles, Christmas trees, Kwanzaa lights, Solstice and New Year preparations. Gifts and music are a major part of the celebrations and it has me thinking about the gifted artists in NEXUS and their offerings, ranging from choral to kids.