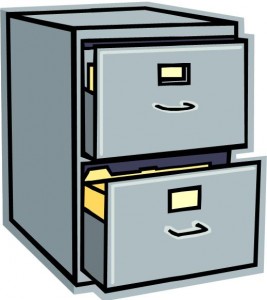 From time to time I will give you a peek into the NEXUS archives. Here are some great excerpts from a 1999 New York Times article by  Leslie Kandell entitled A Percussion Ensemble That Keeps Marching to a Different Drummer. It provides a neat snapshot of NEXUS and mentions a couple of pieces that NEXUS continues to play today: Kobina, and Music for Pieces of Wood. Leslie interviewed the late John Wyre, one of the founders of NEXUS, for portions of the article. Here are the excerpts:

“The five men of Nexus are physically fit, but no way can they lug all the instruments and gizmos a percussion concert requires. It’s not only that bells and bowls are delicate, or the rattle family too numerous; marimbas, xylophones and the like defy normal cartage. Those are trucked to a future tour stop, where Nexus will catch up with them.

In fact, moving gear from point to point is a crucial factor in Nexus’s choice of repertory. It’s the price of dazzling displays on an exotic array of objects, from tin cans to beaded gourds. Beyond drumbeats, the range of timbre makes percussion by turns noble, arresting, hypnotic, chaotic, ethnic and sophisticated. Percussion has an ancient power to startle, thrill and amuse. ”If you want to be a percussionist, you play new music or you don’t play,” Peter Jarvis of the New Jersey Percussion Ensemble once said. Yet as they talk about repertory, the word tradition keeps popping up. The piece Kobina‘ [found on Best of NEXUS, on the NEXUS label], is the group’s version of a recreational dance from Ghana and Togo, named for its coach in that music. A related composition is Steve Reich’s mesmerizing Music for Pieces of Wood.’ In fact, Bob Becker and Russell Hartenberger of Nexus also perform in Steve Reich and Musicians. .. [Note: Today, Russell and Bob continue to perform with the Steve Reich ensemble, and Reich ensemble member Garry Kvistad is also a NEXUS member – pf]

Many percussion numbers — novelty rags, for instance — are intended as showy crowd-pleasers. Among them is Xylophonia, which will be on Friday’s program, but Mr. Wyre wasn’t sure if it would be the version that features Mr. Becker’s mercurial mallets or the one that has a lick for duck call. ”The duck call has a single reed, like a clarinet, but it’s harder to play because it has no keys,” he said. ”Bill Cahn can play a tune on it.” (Mr. Cahn once said he wanted to be remembered ”as just about anything other than the guy who did the duck-call solo.”) Mr. Wyre said Mr. Becker has singlehandedly rejuvenated the xylophone repertory, but even so, ”the duck call wakes me up and makes me laugh.”

[Wyre] used to be a [symphony] timpanist until he felt compelled to choose between a safe symphony job and the variety and risk of a freelance quintet. ”In Nexus I just play, trusting my ear and eye and colleagues’ body language. A symphony orchestra is a vast soundscape with a master doing a dance. It’s difficult to trust your ear.” But both experiences ”bring power and perspectives,” he said. ”They reinforce the magical things that music does.”