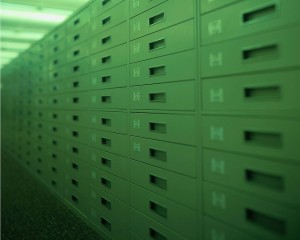 The mention in my summer festivals post of my last “archive” posting of the “Offbeat” NEXUS article of 1998, this is another Allan Kozinn New York Times review, but dated eight years prior — November 15, 1989. This time the headline is “Organized Noisemaking By Percussion Ensemble”, and he describes the NEXUS concert at the 1989 New Music America festival in Merkin Concert Hall. (Mr. Kozinn continues to write for the New York Times and is now on faculty at New York University and has written several books including his 2004 “Classical Music: A Critic’s Guide to the 100 Most Important Recordings”). Here is how Mr. Kozinn heard NEXUS’ repertoire, including “Rain Tree”:

“The players gave a musicianly demonstration of the art of organized, tightly choreographed noisemaking….Mr. Engelman’s ”Remembrance” (1988) uses metal vessels and wooden blocks, and at first calls to mind…southeast Asian ritual processions. Eventually, the palette is expanded and other influences are heard, including that of an American marching band,…enlivened by touches of humor.” (You can listen to an excerpt of “Remembrance” here.)

“Mr. Cahn’s ”Fauna” (1988) was exotic in a different way, its starting point being the sound of the forest, with synthesizers contributing the watery whoosh of a brook and various horns supplying animal noises. This gave way to…various stylistic bases, from Minimalism to jazz…dramatic, insistent…

“In Mr. Wyre’s ”Marubatoo” (1988)…graceful melodies were distributed between the bass regions of two marimbas, supported and accented by crotales, while a vibraphone and the upper range of one marimba filled in a sweetly moving harmony.” (You can listen to an excerpt from “Marubatoo” here). “And Mr. Becker’s ”Cymbal” (1986) explored the subtle tones and resonances that can emerge from a steady roar of cymbals, gongs and bowls.” (Bob shares some thoughts on cymbals here.)

“The ensemble opened…with Toru Takemitsu’s ”Rain Tree” (1981), inspired by a passage in a novel by Kenzaburo Oe, in which the author describes a tree that stores water during rainfall, Mr. Takemitsu composed a work in which ringing sonorities build upon one another and hang in the air.

“As the finale, the group played John Cage’s ”Third Construction” (1941), a broad, energetic essay in rhythmic counterpoint and the careful balancing of timbre and dynamics.” (You can hear an excerpt of NEXUS performing “Third Construction” here.)

(If you wish to read Mr Kozinn’s article in its entirety, click here.)