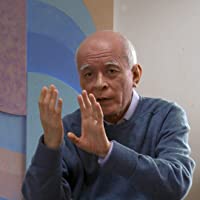 Morton Feldman had this to say about Jo Kondo: “Jo Kondo…fell madly in love with the cowbells, and uses them very hauntingly and very rightly in his piece which gives the music a lot of distinction. I have no rapport with a cowbell so it’s very, very interesting.”

In 1996 Robin Engelman made the acquaintance of Ernest Higa, the CEO of Higa Industries in Japan. There is a tradition of direct support for the arts by Japanese businesses, and Robin was able to obtain a commitment from Mr. Higa to commission a new work from composer Jo Kondo. Kondo wrote Nocturnal for Nexus during spring 1997, and we premiered the piece at Tokyo Opera City on October 7, 1997. Later, on October 18 during the same tour, we performed it in the spectacular acoustics of the newly-completed Kitara Concert Hall in Sapporo. We recorded Nocturnal in Toronto in 2001, and it was released on the Nexus CD Lullaby in 2002.

“From a compositional point of view, my main concern in this work lies in exploring two borderline areas – in other words, in making the borders ambiguous. The first borderline area where I found ample room to maneuver is the one between the clearly pitched sound world (of marimba and vibraphone) and the vaguely pitched (of cowbell). The second area, which relates to the formal structure or ‘discourse’ of music, a very different level of music structuring from the one that the first area belongs to, is the border between progression and stasis, i.e., musically ongoing or repetitive in the borderline cases, the music can be both at the same time, producing a state that I might call ‘dynamic stasis’.

The title, Nocturnal has been chosen not only because of the general atmosphere this music presents, but also because night is the time when the border becomes indefinite: borders between things, between categories and between this world and the other world. This ‘romantic’ implication of the title also reflects to some extent my impression on music of Toru Takemitsu, who is no more with us. He was the best musical friend of NEXUS and myself.”

Nocturnal is scored for two marimbas (with two players on each); vibraphone (one player); gong and tam tam played by the vibraphonist; and 20 cowbells. The cowbells are graduated from high to low, with 4 selected for each player by choosing numbers 1, 6, 11, 16; 2, 7, 12, 17; and so forth. As in Kondo’s earlier Under the Umbrella, the composer asks to avoid any “systematic scales or temperament”. The cowbells are to be suspended and hand-dampened to give the exact durations as indicated. By itself this technique is simple enough, but in Nocturnal the cowbells and marimbas often are played tremolo, which requires holding a mallet in each hand. Dampening a suspended bell with the fingers of a hand already holding a stick is considerably trickier, especially when playing rapid figures that alternate between bells and marimba or vibraphone. An additional complexity is the unorthodox notation used for triplets throughout the piece, as explained on the composer’s page of instructions.

Nexus used many of the same cowbells for Nocturnal that we had selected for Under the Umbrella. A serious challenge was finding a way to suspend the bells near the marimba and vibes keyboards, as everything needs to be played simultaneously. Adding to the difficulty was the logistical necessity of having two players on each marimba. We built separate rack systems to hold the cowbells above the mallet instruments, suspending 8 cowbells directly over each marimba keyboard. This made the bells accessible, but made seeing the music difficult and making page turns dangerous. All of us found this situation to be extremely uncomfortable. Bill decided to mount his four cowbells horizontally using clamps and a separate stand, but the rest of us preferred the sound of suspended bells, and carried on using the rack systems. Personally, I felt that we never entirely overcame the setup problems inherent in the orchestration. Following the performances in Japan and the recording made in Toronto, a majority of us failed to agree to continue performing the work.

Despite the formidable difficulties Nocturnal presents to performers, it is a uniquely colourful and fascinating part of modern percussion repertoire, which is the richer for the significant contributions by Jo Kondo.