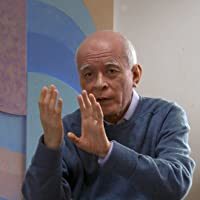 Morton Feldman had this to say about Jo Kondo: “Jo Kondo…fell madly in love with the cowbells, and uses them very hauntingly and very rightly in his piece which gives the music a lot of distinction. I have no rapport with a cowbell so it’s very, very interesting.” In 1996 Robin Engelman made the acquaintance… Read more »

In 1976, at the invitation of composer Toru Takemitsu, Nexus made its first tour to Japan. A major event was our appearance on the Music Today Festival in Tokyo, for which Takemitsu had commissioned a new work from the brilliant young composer Jo Kondo (b. 1947). JK wrote a four-movement quintet titled Under the Umbrella,… Read more »

During the summers from 2000 to 2010 I was in Newark, DE directing my annual Xylophone Institute at the University of Delaware. The host for that event was the professor of percussion at UDel, Harvey Price. One day the topic of John Cage’s Third Construction came up in a conversation, and I told Harvey about… Read more »