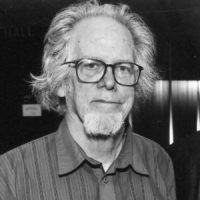 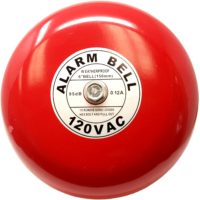 In the early days of NEXUS many of our “instruments” were various found objects – things not originally designed to be used in musical contexts. At that time I particularly enjoyed browsing for unusual-sounding implements in hardware stores and kitchenware departments. During the 1970s many common household items were still manufactured using quite high-quality materials…. Read more » 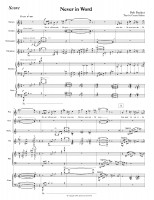 In July, 2021 I received an additional series of questions from percussionist Lan KaiPo regarding my composition Never in Word, as well as some general questions about my compositional method. LKP is currently continuing research for his doctoral dissertation “An Analysis and Performance Guide of Bob Becker’s Never in Word” at James Madison University. His… Read more » 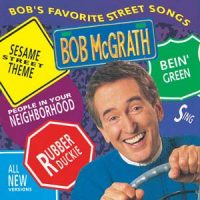 In June 2016 NEXUS performed a concert in the lovely seaside town of Rockport, MA. On the morning of the event, as we were having breakfast, someone mentioned a duck race was in progress right there in Rockport. I was intrigued, and also disappointed that I didn’t know about it earlier, as I would have… Read more » 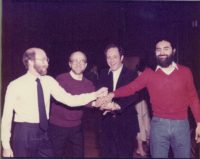 In October 2020 percussionist Jonny Smith asked me a series of questions regarding my experience with the music of Steve Reich, and my relationship with his ensemble. Jonny interviewed other members of Reich’s ensemble as well, and wrote a paper: “Relationship and Community in the Creative Process: The Steve Reich and Musicians Ensemble”, which is… Read more » 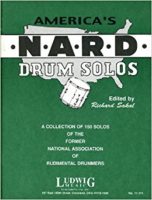 In January 2021 percussionist Antti Ohenoja asked if I would answer a series of questions about drum rudiments from members of the N.A.R.D. in Finland. The original National Association of Rudimental Drummers was organized in the United States in 1933, and was responsible for choosing the “thirteen essential rudiments” still taught and practiced today. I… Read more » 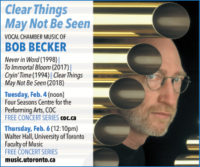 In February 2020, just before live concert music disappeared due to COVID, I was able to present two concerts of my vocal chamber music in Toronto. The first, on February 4th, was part of the Canadian Opera Company’s Vocal/Chamber Music Series in the Richard Bradshaw Amphitheatre; and the second, on February 6th, was included in… Read more » 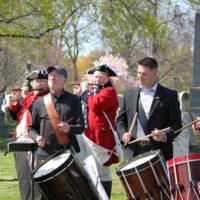 In June, 2020 I received a series of questions from SGM Mark Reilly, rudimental champion, composer and Corps Sergeant Major of the U.S. Army Old Guard Fife and Drum Corps. Mark’s questions and my answers follow. MR. Who was your first big inspiration and why? BB. I should say that my first teacher, James S…. Read more »

In August, 2020 I received a series of questions from percussionist Lan KaiPo regarding my piece Never in Word (1998). Below are Lan’s questions and my answers. LK. When notating percussion instruments that are transposed (bells and crotales) do you ever question whether you should write the actual sounding pitch instead of the traditional lower… Read more »

Tragedy. “A drama typically involving a person destined to experience downfall or destruction, as through a character flaw, or conflict with some overpowering force such as fate or an unyielding society.” Hubris. “An extreme and unreasonable feeling of self-confidence.” Posthumous. “Published after the death of the author.” In May of 2001 I began work on… Read more » 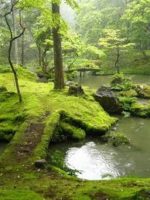 Following Nexus’ first concert tour to Japan in 1976 my friend and colleague Bill Cahn composed two major works: Nara, for solo percussionist; and In Ancient Temple Gardens, for xylophonist/percussionist and chamber orchestra. Bill himself premiered the latter piece in 1977 with the Rochester Chamber Orchestra. Nexus celebrated its tenth anniversary during 1981/82 with a… Read more »

In 1988 the distinguished Canadian composer Norman Symonds (1920 – 1998) wrote a duet for accordion and marimba titled El Duo. The brilliant accordionist Joseph Petric and I premiered the piece at The Music Gallery in Toronto, and then recorded it in 2001. El Duo is included on Petric’s CD “Orbiting Garden”, released on the… Read more »

In 2003 Nexus was able to commission a new work from the distinguished Canadian composer Christos Hatzis through a grant from the Laidlaw Foundation. We premiered his piece Four Rituals for Percussion Quintet, Chorus and Audience in December, 2004 on the Faculty Artists Series at the University of Toronto. The piece is in four movements:… Read more »