LOU’S TUBES AND CULINARY DELIGHTS    Our busy April 2018 took us to Kingston NY to help the Ulster Chamber Music Series celebrate their 50th and to Hyde Park NY to the Culinary Institute of America! In Kingston, the hall was set with big suspended tubes at the compass points for the concert opener, “Greeting Prelude” by Pauline Oliveros followed by Lou Harrison’s “Solo for Anthony Cirone” performed on Garry’s newly-created metallophone that he called “Lou’s Tubes”. Garry created the instrument for Keith Aleo’s performance of the piece at Interlochen. (You can see and hear it in action at https://bit.ly/3n2sych). The piece calls for 12 metal pipes tuned to specific notes that are not in our common piano scale. At the Culinary Institute (CIA) we were joined by Frank Cassara and the Northern Dutchess Symphony Orchestra conducted by Kathleen Beckmann. Needless to say we enjoyed an excellent dinner there. We performed the Schedrin arrangement of Bizet’s Carmen Suite and Piazzolla’s Four Seasons from Buenos Aires. The Marriot Pavilion at the CIA features the surreal vegetable portraits by Renaissance artist Arcimboldo. You can read more about them at  https://bit.ly/2QhW2XB  Thanks to Lauren Vogel Weiss for great photos from the event and for her follow-up article in the PAS Rhythm/Scene. You will spot her and Steve Weiss with Frank Cassara and all of us in this group photo. 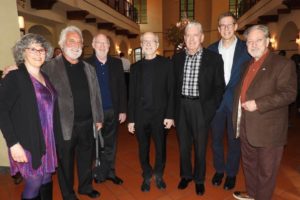 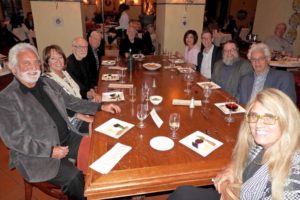 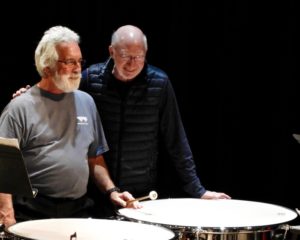 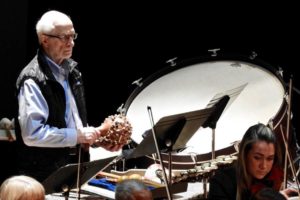 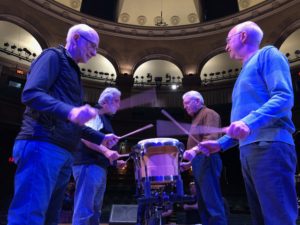 PRINCETON AND Sō PERCUSSION    Our crazy-busy spring continued with two weeks of some heavy-duty rehearsing at Garry’s studio with Sō Percussion and other amazing musicians. The schedule also included a “Steve Reich Celebration” at Princeton University, beginning with Pendulum Music on the lawn and ending with Steve Reich and Russell participating in a panel Discussion moderated by Adam Sliwinski. In between, Sō and NEXUS were joined by Beth Meyers, Daisy Press, and Alex Sopp for Music for Mallet Instruments, Voices and Organ, and for that extraordinary work Drumming.  The rehearsing paid off in recording sessions with Sō Percussion both in Garry’s studio in Shokan NY and in Princeton NJ, including the four-camera videography that you can enjoy at www.DrummingAt50.com. Russell also undertook a project with Aiyun Huang recording his coaching/teaching of Reich’s “Drumming” to a new generation of students. You can enjoy the fruits of all these labours on the “landing page” of the “Drumming At 50” website. It was an exhilarating time, and so many of you helped us bring it the results to fruition by donating to our 2018 Kickstarter fund. Thank you so much! 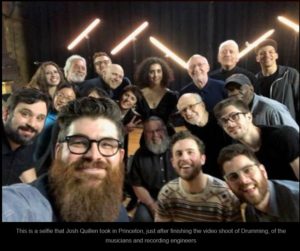 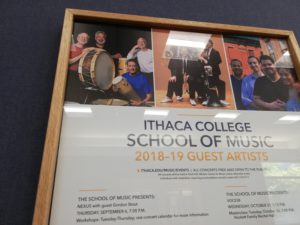 ITHACA FANTASY WITH GORDON STOUT   We were delighted to spend a week kicking off Ithaca College’s school year with a series of really interesting events. The Rubinstein of marimba, Gordon Stout, invited us and then performed with us too. This was his final year at Ithaca. He retired in May 2019 after 35 years teaching there! NEXUS was the happy recipient of his “Prelude-Winter Song” commissioned in 2009. Our events included Bill Cahn facilitating an extended version of his “Creative Music Making” workshops over several days with the students. Bob Becker lectured/demo’d African Rhythms and Drumming, we presented a 2-hour open Ragtime rehearsal, Garry Kvistad provided Sound Advice on acoustics, and Russell Hartenberger held forth on the Music of Steve Reich. The concert was exciting. The students performed the results of their improvisation workshops, joined by Conrad Alexander, Gordon and NEXUS. (We called it “Ithaca Fantasy”). And the students and Gordon joined us for Drumming Part 1. Another special guest Yurika Kimura joined with Bob and Gordon for a Musser tribute arranged by Yurika. And of course we had a rousing second half of Ancient Military Aires and our African Suite, finishing with a flourish of Novelty Ragtime Selections.  It was a great celebratory event! Thank you, Ithaca College! RUSSELL’S REQUIEM   By the time October rolled around, Russell had completed his 8 movement “Requiem” for percussion octet and was ready to record it. We had premiered the second movement, “Birth of Time” at the University of Toronto symposium,“Reich, Rhythm, and Repetition: Patterns in Music, Speech, and Science” a couple of years before. We had two long-weekend rehearsals with the Toronto percussion quartet TorQ (Richard Burrows, Adam Campbell, Jamie Drake, Dan Morphy) in the U of T percussion studio and in December we went into Noble Street Studios to record – 4 days from 9 am to 5 pm. Here are some pics from the rehearsals and recording sessions including a collage put together by Adam, and a shot of Garry entertaining us over lunch. Ray Dillard was producer, Doug Romanow was engineer. Each of the four members of TorQ had been students of at least one NEXUS member at one time or another, so this was totally gratifying for all 8 of us! Next up would be recording the Requiem vocalists in the New Year. 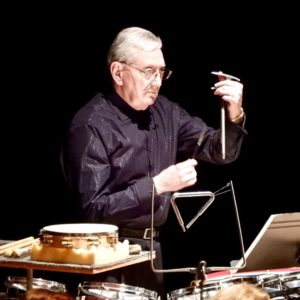 Q & A WITH BILL CAHN    Here is an article that Bill posted in 2018 where he answers questions about the clapper in “Rogosanti” by James Wood; about a recording made by George Hamilton Green; and about his own ragtime xylophone arrangements.  https://www.nexuspercussion.com/2018/02/recent-questions-sent-to-my-email/

LINKS AND SIDE NOTES    We each had a wild variety of activities in 2018. Russell had a Reich year, coaching Drumming to the Eastman Percussion Ensemble for the Rochester Fringe Festival, Tehilim at Bowling Green State University, and performing in Reich’s “Six Pianos” for Soundstreams Canada. Bob completed his composition “Clear Things May Not Be Seen” – there is link for listening to it at the bottom of his recent blog post: https://www.nexuspercussion.com/2021/01/vocal-chamber-music-of-bob-becker/.

Bill, too, had a new piece, Tucson Sun, premiered at Tocalo Tucson Percussion Seminar in 2018. You can hear a wonderful podcast with Bill at Tocalo here: https://www.youtube.com/watch?v=2Khz3qONzDA&t=176s    His piece “This World” became available through Keyboard Percussion Publications. Bill also donated 1000s of scores in the Rochester Theatre Orchestra library to the Peacherine Ragtime Society Orchestra (https://www.nexuspercussion.com/2018/11/tale-of-a-library/  ), and was part of a remarkable reunion of Rochester Philharmonic’s percussionists spanning 50 years!

Garry performed at the Phoenician Song Festival and put out 2 recordings of healing music featuring the calming Woodstock Chimes (https://www.nexuspercussion.com/2018/01/breaking-news/ ).  He also did a 2-part podcast with Sō Percussion’s Josh Quillen that includes a tour of his amazing studio. You can listen at  https://www.nexuspercussion.com/2018/06/concert-honesty-podcast-with-josh-quillen/  Garry and Russell participated in a Leonard Bernstein 100th Birthday Fete with the Maverick Chamber Orchestra, and Bill presented his Summer Horizon’s “Creative Music Making” at Eastman. Last but not least, the National Film Board of Canada included NEXUS music in the soundtrack for their 2018 release “La part du diable” (“The Devil’s Share”). What a varied year!! 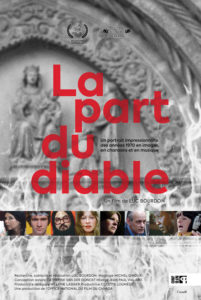 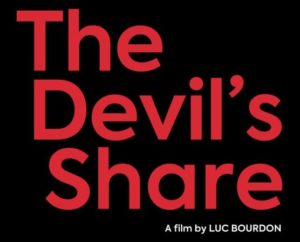