The Catskill Mountains of the Hudson Valley are part of the Appalachian Mountain Range and is considered a dissected plateau created by erosion. It is known around the world for its natural beauty, its arts colonies such as Byrdcliffe, the comedy resorts of what was known as the “Borsch Belt”, the 1969 Woodstock Festival and,… Read more »

A few weeks after facilitating the 3-week summer  “Creative Music Making” course (July 6 to 25, 2014) at the Eastman School of Music, I received the following letter from one of the participating high school students. “Hello Mr.Cahn.  How are you?  I took the improvisation class from you at the 2014 Eastman Music Horizons Program…. Read more »

Robin has posted Part 6 of his NEXUS World Tour Diary from 1984 on his blog. Check it out by clicking HERE! This segment looks at NEXUS’ visit to the Great Wall, a Peking Duck dinner, and NEXUS treating their Chinese hosts. 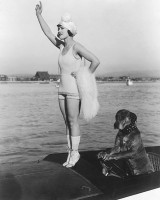 It’s been a busy summer for the NEXUS members, with more to come!  Following Bob’s performances with Amadinda in Budapest, and Russell, Bob and Ray’s participation in the sell-out engagements at the Open Ears Festival in Kitchener Ontario, where Sepideh Raissadat helped us Moondog Suite” and his “Persian Songs Suite”. This was followed by a… Read more »

As a member of the Steve Reich and Musicians ensemble since 1979, I’ve participated in several premiere performances at the Brooklyn Academy of Music (BAM) through the years. Last week I had the honor of being part of a three-day series of concerts showcasing both Steve Reich’s and Philip Glass’s music at this prestigious concert… Read more »

Woodstock Chimes’ headquarters is located in the heart of the Mid-Hudson Valley of New York State. Our facility is in the watershed of New York City’s pure reservoir system and we are surrounded by the beautiful Catskill Mountains. The Hudson River. which inspired many artists and musicians throughout the years, is also nearby. The area… Read more » 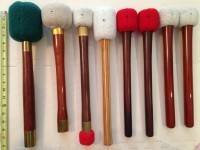 I first met Andrew Feldman at PASIC in 1981. For several years beginning in the late 1970s he manned a small booth at the conventions, and advertised his sticks and mallets in the classifieds at the back of Percussive Notes. I bought a number of bass drum beaters and tam tam mallets from his display… Read more »

Opera is considered one of the most refined musical art forms. It combines instrumental music, theater and singing to a very high level. Some of the most profound music is from the opera repertory. Many of the major composers throughout history have written operas beginning with early works of composers such as Monteverdi and continuing… Read more »

Early on in the beginning years of Woodstock Chimes, I attended a talk given by a marketing executive of the Stanley Tool Company. I walked away with a very important message. He explained the difference between marketing and sales using a simple drill bit. Basically, he said that they sell drill bits but they market… Read more »

Percussionists are often called upon to play instruments that are sometimes not even classified as percussion instruments. A huge category within this subset are sound effects. Sound effects used in movies began with Jack Foley in 1927. Foley Art is used throughout the film industry today and many of Jack’s techniques are still a mainstay… Read more »

Percussionists are often called upon to play unusual instruments. One such instrument is the quijada or the jawbone of an ass (donkey). This instrument is mostly found in South America, Central America and the Caribbean. I own two of them, one of which I bought in the mid-1970s while on tour in Austria of all… Read more » 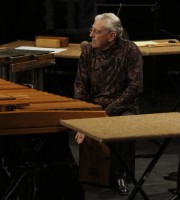 The NEXUS concert in Kitchener, Ontario on June 13, 2014 was comprised entirely of the music of Russell Hartenberger.  The first half of the concert consisted of a NEXUS favorite, “The Invisible Proverb” (recorded By NEXUS on their “Drumtalker” CD) and the first of two world premieres, “Moondog Suite,”  which was followed after… Read more »

NEXUS and Sepideh Raissadat were greeted by a sold-out house on the weekend at the Open Ears Festival in Kitchener, Ontario.

NEXUS has been producing creative and unique concerts since its first one in 1971. This past weekend was no exception as we collaborated with an amazing young Iranian / Canadian vocalist and setar (www.setar.info) player, Sepideh Raissadat who is quite well-known in her native country. Our performance was at a great little theater in Kitchener,… Read more »