The Blackearth Percussion Group was conceived in 1971, formed in 1972 and disbanded in 1979. Original members were Garry Kvistad, Rick Kvistad, Allen Otte, Michael Udow and Chris Braun. James Baird, David Johnson and Stacey Bowers joined later. Residencies included the University of Illinois, Northern Illinois University and the College-Conservatory of Music in Cincinnati. Blackearth has been invited to perform at PASIC (Percussive Arts Society International Convention) this fall, the largest private percussion event in the world.

The PASIC presentation will include a performance of two works and many recorded examples of pieces performed during the seven years the group was together. There will also be some discussion of what the percussion world was like in the 1970s for a group of players in their 20s. 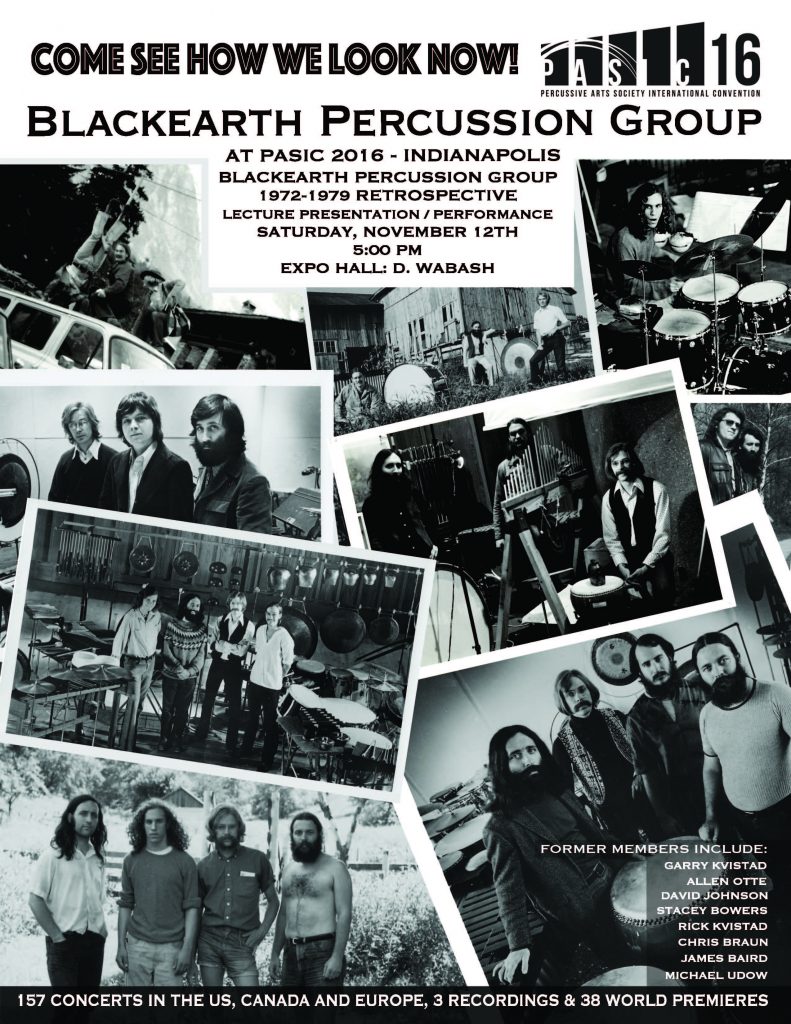 Blackearth Percussion Group is credited with rediscovering John Cage’s Third Construction shortly after the manuscript was made public and performing it throughout the U.S. and Europe beginning in January of 1977. The group performed 38 world premieres, gave 157 concerts in the U.S., Canada and Europe, made three recordings, commissioned many compositions, played several different concertos with orchestras, experimented with micro-tonal tuning systems, was one of the first percussion groups to write and perform minimalist music, and developed several multi-media productions.

It is an honor to be asked to participate in PASIC16 and we look forward to performing once again as the Blackearth Percussion Group.