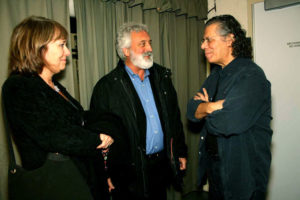 I was saddened to learn of the recent passing of pianist Chick Corea, a giant in the jazz world and a pioneer in the fusion of jazz, rock and world music. Few musicians can claim to have had such an impact on future generations of artists. Having known the vibraphonist Gary Burton since the early 1970s, Diane and I had the unique pleasure of talking to him and Chick Corea backstage when they performed at the Bardavon 1869 Opera House in Poughkeepsie, NY in 2008. Our charitable foundation, The Woodstock Chimes Fund, had the honor of helping to sponsor that monumental event. The Bardavon concert was one 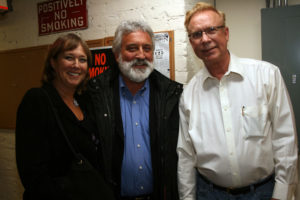 of the most amazing performances we had ever seen. Chick and Gary seemed to have one mind, so they didn’t even have to read each other’s in order to improvise on the level they did. I was blown away by Gary and Chick’s recording Crystal Silence, released in 1973. The tour they were doing in 2008 was a revival of that duet masterpiece. Famed for his exquisite skills as a keyboardist and composer, Chick even masterfully played marimba on one of the duets at that concert. Sadly, Gary Burton retired for health reasons a number of years ago and now Chick has passed. Luckily, we have many of their recordings to enjoy and to serve as a remembrance.

I found them to be the greatest duo. I listen to Gary all the time.