Friday September 10 began at 6:00 AM again after a solid 7-hours of sleep.  Before heading over to the normal NEXUS breakfast gathering at Starbucks, I checked my emails.  Yesterday (9th) was Ruth’s and my 42nd anniversary and a very nice email was awaiting  me in response to the one I sent last night.  After emails and coffee I double-checked that I had everything I would need to take with me to the hall for the day’s scheduled dress rehearsal, concert and interviews. 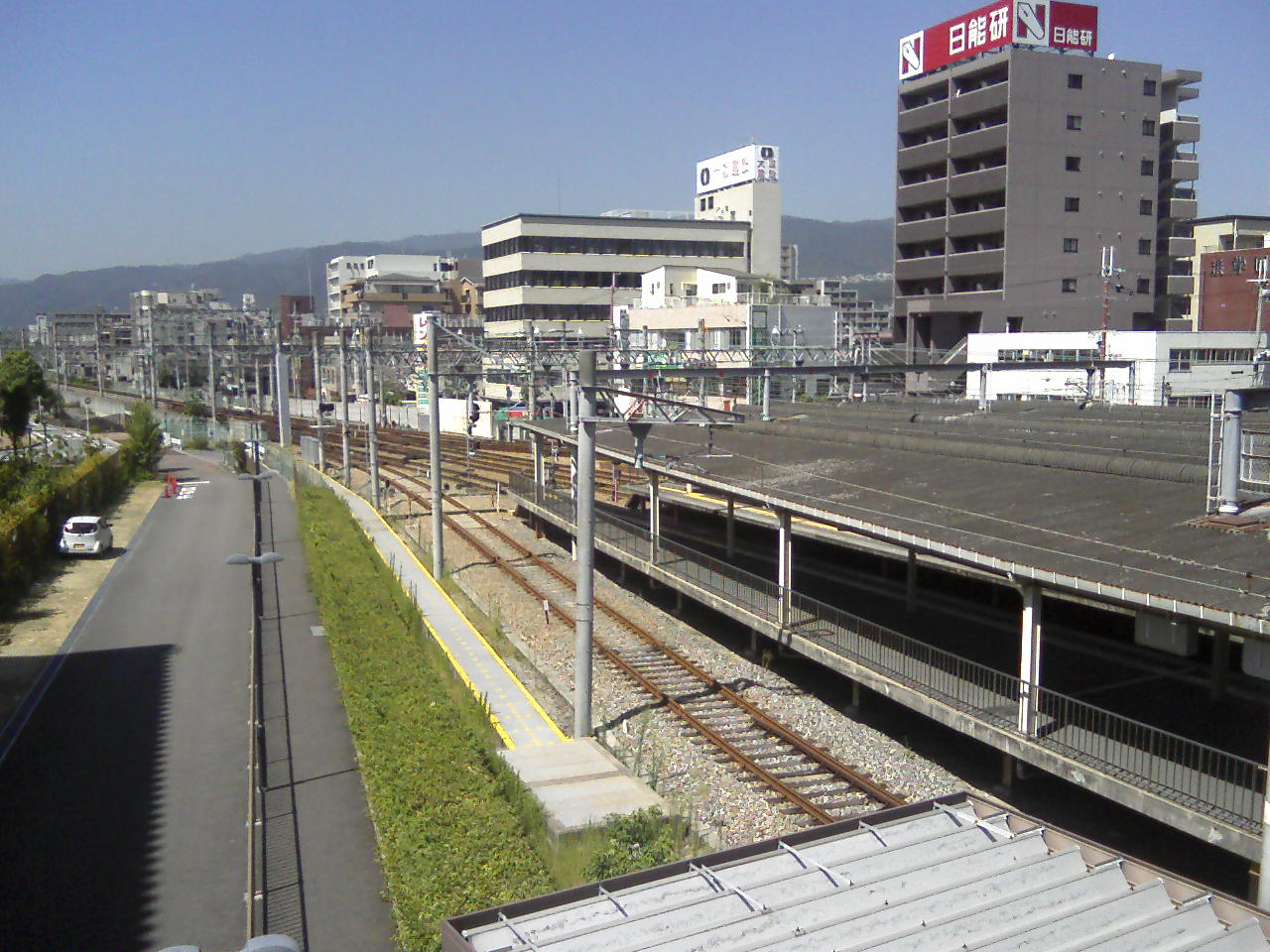 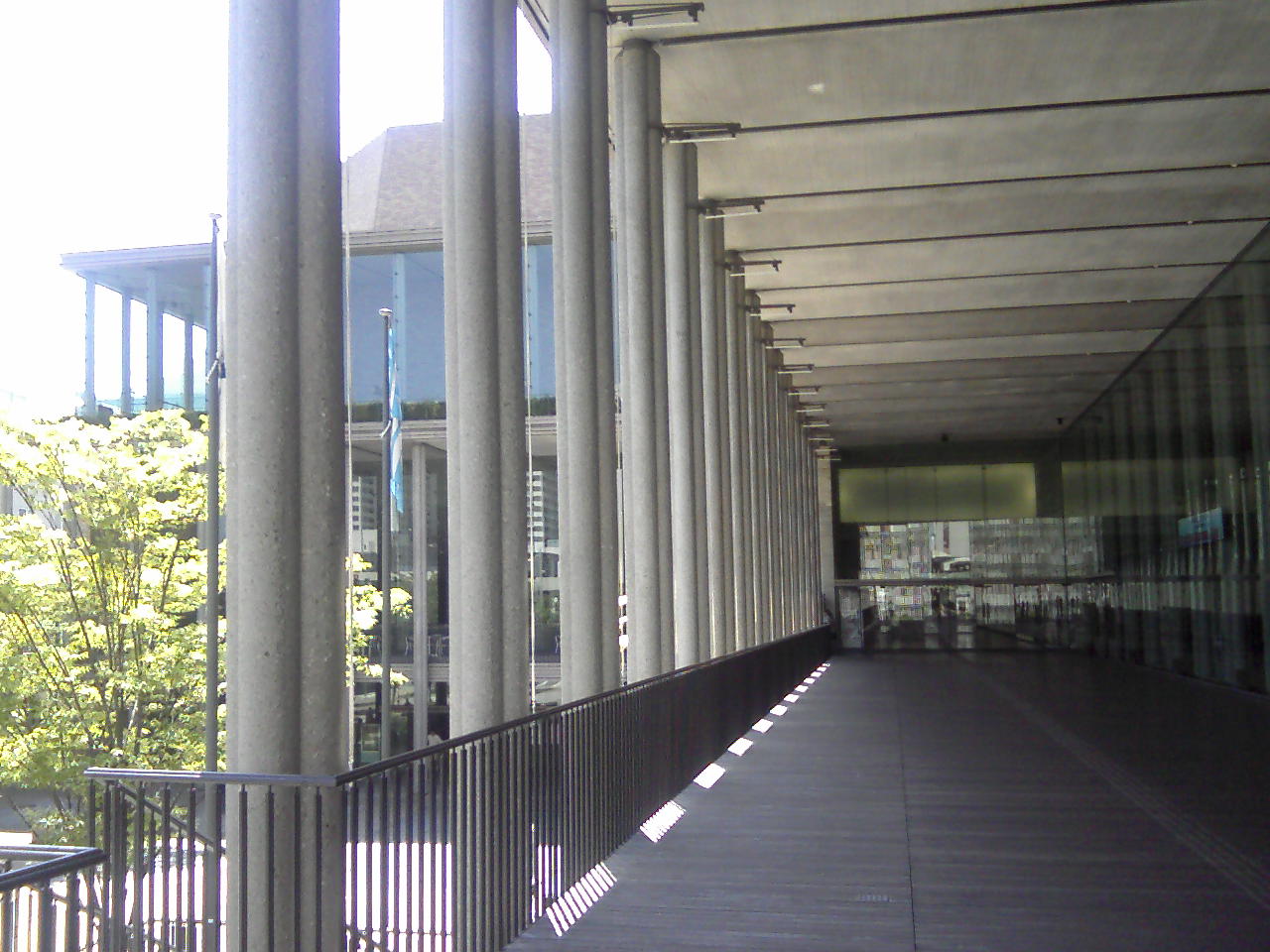 At 10:30 we took the Hankyu train to the Nishinomiya-Kitaguchi station near the P.A.C.  When we arrived the orchestra was already well into their run-through of “The Planets.”  It was great to sit out in the auditorium and listen to “Uranus” and “Neptune” and to remember past performances of the piece with David Zinman and Mark Elder when I was in the Rochester Philharmonic.  The P.A.C. orchestra’s percussion section sounded great – Naoki and Rieko played timpani 1 & 2 and Yoshiko Ozawa (Seiji’s niece-in-law) played chimes, glockenspiel, xylophone and snare drum.  It was very interesting (and “way inside the box”) to notice the stick strokes and style of these three, which gave ample evidence of study in Germany.  I also noticed how wonderful the hall’s acoustics are.  Everything in the orchestra could be clearly heard – from the full pedal tones in the organ to the softest tubular chime notes in the back.  It’s an ideal space for “From me flows . . .”

For the dress rehearsal we would not be in concert dress (as we were for the open rehearsal yesterday).  I asked Sado-san if it would be OK for NEXUS to take the time to play through all of the cadenzas and he enthusiastically agreed.  At the rehearsal break, while the stage was being reset for the Takemitsu, I congratulated the P.A.C. percussionists and gave each a NEXUS CD. Yoshiko Ozawa introduced Erik (I didn’t catch his last name), an American percussionist who had been in the P.A.C. orchestra but was now the timpanist in the Osaka Kansai Symphony.  He told me that he had been in the audience when NEXUS performed the Takemitsu with Seiji Ozawa at Symphony Hall in Boston, and that even earlier, when he was 12-years-old,  he attended a NEXUS solo concert at the University of Massachusetts at Amherst.  He said that the Amhearst concert had changed his life and inspired him to pursue music.  (Wow! – one can never know the full extent of the influence of one’s actions.)  The dress run-through of the Takemitsu was great, and Sado attained an even higher sense of phrasing with the orchestra.  After all, it’s really very Romantic music.

For lunch, we (Russell, Bonnie, Garry, Diane, Ryan and I) walked over to the nearby shopping mall to select from one of the dozen or so restaurants on the 4th level.  The consensus was for soba, but I decided that I’d rather have a light sandwich, so I went to Tully’s, a coffee shop on level 1 along with Ryan.  After eating and while we were still at the mall I went with Ryan to a drug store in the mall to look for Dr. Scholl’s Moleskin.  This material is perfect for applying to drumsticks and mallets to soften their attack tone.  The existing Moleskin on Ryan’s mallets for the cup bells was probably a decade old or more and was beginning to separate from the mallet.  However, we could not find any Moleskin in the store, even though there were comparable products, but with a plastic surface instead of a softer felt.  Ryan would have to make do with what he had, temporarily at least.

At 3:00 the concert began with Maestro Sado speaking about “From me flows . . .” to a completely full house.  Then the orchestra entered en-masse onto the stage to light applause from the audience which lasted at least  several minutes (a long time) until everyone in the orchestra was seated.  Then the concert master and finally Sado took their places, and the opening flute solo began.  A few phrases later it was time for NEXUS to make its entrance from the back of the hall.  The hall is VERY deep, and from all the way in the back, it’s necessary to descend about one-hundred steps slowly while playing crotales, while carefully keeping one’s balance and trying to avoid a misstep or evan a fall.  Each of us, fortunately, found our way down to the stage without a misstep.  Right from the first phrases the performance seemed to have a wonderful atmosphere which was preserved and even enhanced as the sections of the music – both the NEXUS solo segments and the various instrumental solos in the orchestra – unfolded.  The huge audience was admirably quiet during the many pianissimos and silences, and as the concluding wind chimes faded into silence at the end, everyone – orchestra and audience – were deadly silent to the very last “bong”.   Then, a wonderful hearty applause and 4 curtain calls.  Triumph!  A great performance.  I’m really looking forward to the press reviews (assuming there will be some).

Backstage, NEXUS invited Sado-san to our dressing room and presented him with “Tibetan” wind chimes based on the 5-note theme of “From me flows . . ”  Garry announced that since Sado had a second home in Kyoto, NEXUS was presenting Sado with a second set of “Kyoto” chimes.  Sado then grimaced and said, “but I have three homes!” and there was a genuine spontaneous round of laughter.

During the Holst (2nd-half of the concert) Bob and I were escorted to a studio upstairs for an NHK video-recorded interview.  The video crew had been around all week casually obtaining footage of Sado (who has his own TV show) for a documentary about him.  The subject of our interview was our impressions about Yutaka Sado and our experiences with Takemitsu – him personally as well as his music.  The interview lasted the entire length of “The Planets” because when we returned to the stage, the final audience applause was in progress.  Backstage we were greeted by friends and admirers including a very famous (like “Madonna of Japan”) pop singer, Ayaka Hirahara.  She was at our concert to hear “The Planets” because her hugely successful hit song, “Jupiter,” is based on the movement in “The Planets” with the same title. After returning to our hotel by train, Russell, Bonnie, Garry, Diane and I took two taxis to an Indian restaurant, where we were greeted by the Indian proprietor who conversed with us  in English.  The dishes – malai kofta, bhindi, dal, palak paneer, etc. – were fantastic and the chutneys for the samosas and nan were particularly great.  After dinner at around 9:00 PM we walked to a nearby covered-over shopping street as most of the shops were closing.  Along the way we found a game arcade with a drumming game at the entrance, and Garry dropped ¥200 into the slot as we had a little fun. All-in-all another day at the office; HOW LUCKY WE ARE!