On Thursday, September 9, I was finally able to sleep until 6 AM. After waking up I spent about an hour taking care of emails and then organizing the stuff in my room – concert clothes, suitcase, CDs and bedding to get ready for the open rehearsal taking place this afternoon. I had a nice breakfast at Starbucks – egg/sausage sandwich, chocolate scone, coffee – and I was eventually joined there by Diane and Garry, Bonnie and Russell and Ryan. 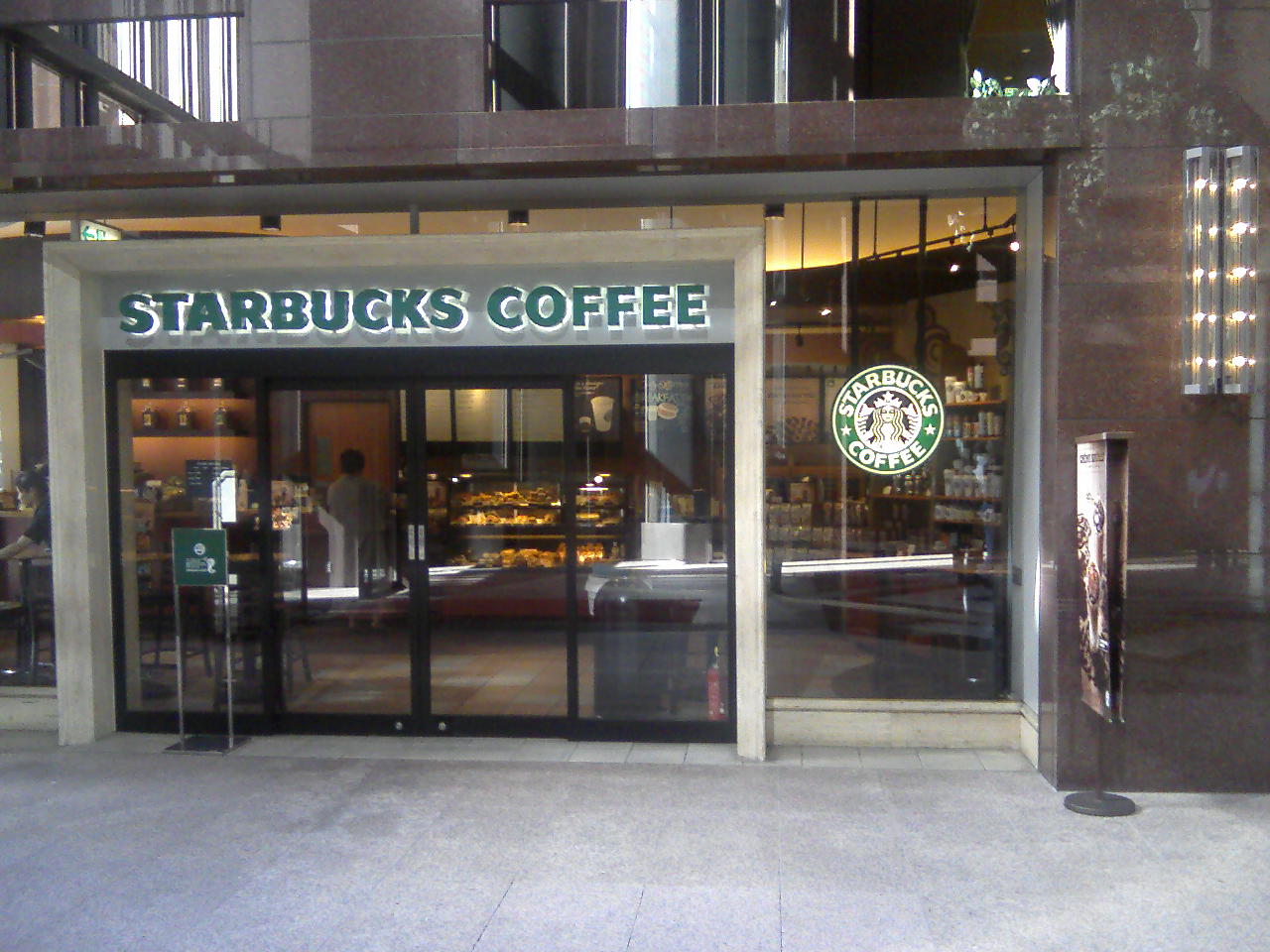 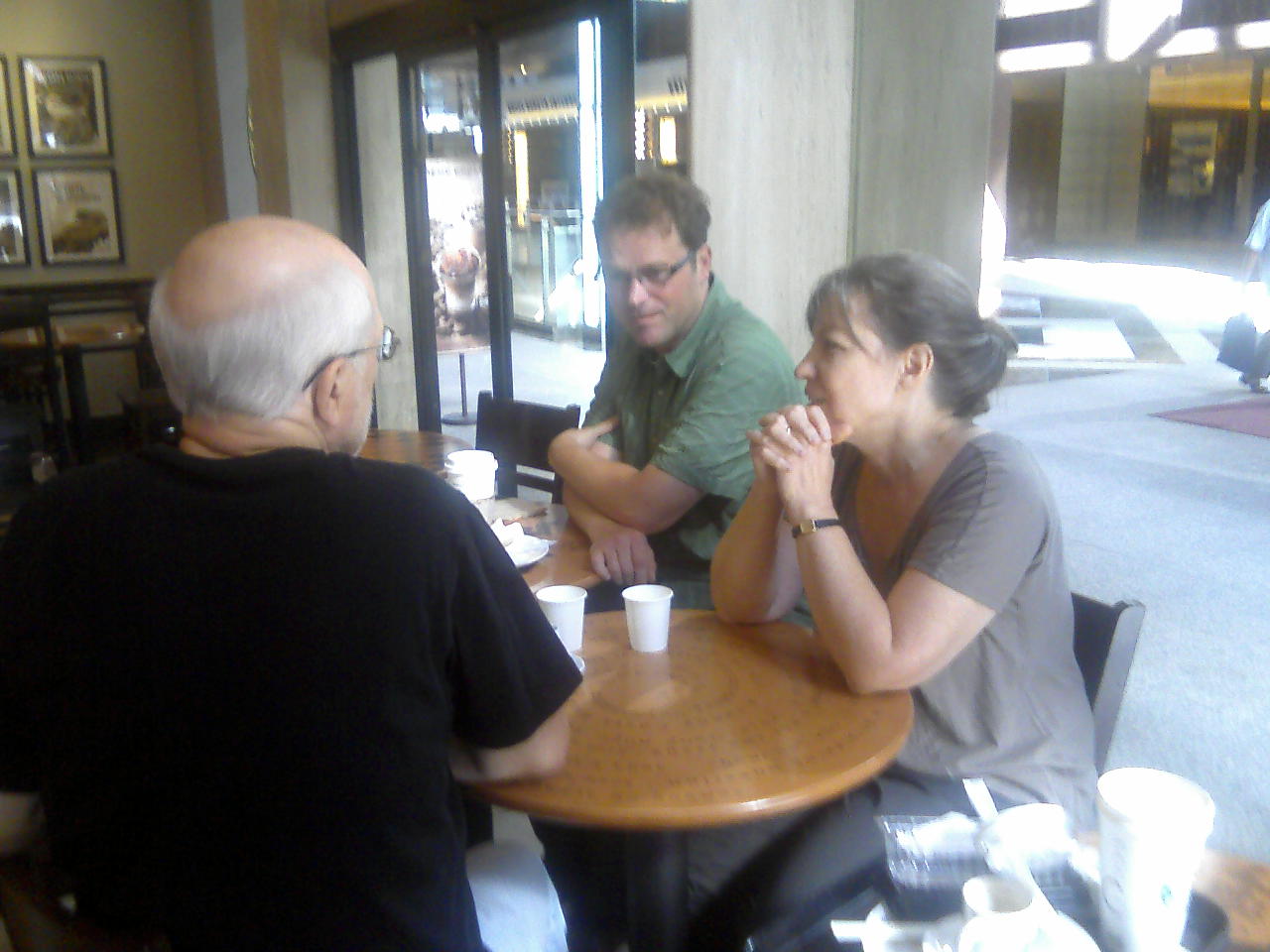 After breakfast, Bonnie and Russell went to the National Gallery to see an exhibition of Japanese graphics, I went back to my room to finish up on emails.

At 1:00 we all took the train to the hall, this time carrying our concert dress – solid color shirts – with us for a professional photo shoot on stage arranged by Bob Becker and his friend, Yurika. The photo session took place before the orchestra musicians started arriving, so the stage was empty except for NEXUS and Takemitsu setups. After the session, I gathered up the Tibetan wind horse that I keep with my Takemitsu instruments for demonstrations. The wind horse is a set of small square colored flags with Tibetan prayers stamped into the fabric. The flags are of 5 colors – red, green, white, blue and yellow – each representing one of the basic elements – fire, earth, air, water, sky, The wind horse is used by Tibetan nomads to determine the direction to go when moving to a new site. The wind horse provided an important inspiration to Takemitsu for “From me flows what you call Time.” The wind horse has five colors and NEXUS had five players at the time the piece was composed (1990). The main theme used by Takemitsu is a five-note motif.

My authentic Tibetan wind horse is very useful for pre-concert talks, and in this instance, since my Japanese is very minimal, I offered it to Yutaka Sado, the conductor, who was about to go on stage for the talk. This was a a open rehearsal that was free to the public, and there were several hundred attendees. Sado-san decided not to use the wind horse, so I packed it.

The open rehearsal began with our first complete run-through of the piece in Hyogo. This was also Garry’s first complete nonstop live performance playing his new part – Yellow – on the front stage left, next to the conductor.

The performance was a complete success, and it was followed by a few dynamic tweaks suggested by Sado-san

to the orchestra in several spots to tighten things up.

A 15-minute break occurred next while the orchestra left and the stage was reset for a short feature performance of the two marimba ensemble pieces rehearsed on Day 3.

The audience responded enthusiastically to “An Indian Story” and “Dotty Dimples” and as always, Bob’s xylophone playing was thoroughly amazing.

After the open rehearsal, we all walked over to the shopping mall for an afternoon tea at a very nice tea shop to unwind and relax before heading back to Osaka. By the time we reached the train station near our hotel it was 6:30, so we decided to find an Italian Pizza/Pasta restaurant right at the station for dinner. I had pizza and a Caesar salad and everyone else had pasta.

Now, after more emails and blogging, it’s 11:30 PM back in my room (with CNN on the tube) and it’s time to crash. Tomorrow is the dress rehearsal and first performance.