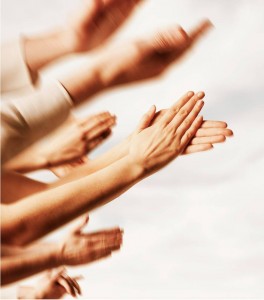 It’s always fun to have a look online to see who is blogging about NEXUS. Melissa Hughes, a vocalist with the group SIGNAL, worked with NEXUS at Ojai Festival’s Steve Reich concerts in California last summer. “Melly’s Blog” talks about meeting NEXUS. Here are a couple of short excerpts:

June 5, 2008, Ojai, the Adventure Begins
Well, I landed in Burbank CA yesterday and had my one and only rehearsal for [Reich’s] Tehillim at the Colburn School in downtown LA. … Nexus kind of blows my mind. These guys have been playing Reich’s music forever, in fact they’re the ones that Steve wrote a chunk of music for. They’re really chill, and totally on it. One of the guys told me this was somewhere near his 80th Tehillim or something. The set-up is a little different than I’m used to- the percussionists are sitting, but I guess when you’ve played it 80 times you don’t exactly need to stand and deliver!

June 10, 2008, Back from Ojai
I left beautiful sunny and cool Cali yesterday morning, and arrived in the sticky humid pool that is NYC late last night…So the Ojai Festival finished with a bang!…The thing about Reich’s music is that it is insanely difficult, and highly dependent on the mixing, which is why Steve usually mans the sound board… For me, the kick out of watching his music, and live music in general, is the excitement and anticipation of something being created right before my eyes, especially something so inhumanly difficult! … Sunday’s afternoon concert began with Steve Reich performing Clapping Music with Russ Hartenberger from NEXUS followed by two Ligeti Etudes expertly played by Eric Huebner, and Ionization with NEXUS and So Percussion. Ionization is not a piece you get to see too often, it takes a tremendous ensemble in skill and number, so seeing rockstars perform a monumental piece like Ionization was really thrilling. But the highlight to Sunday’s concerts was definitely Drumming, which Steve performed on also. I can’t even describe how truly awesome this piece is live, especially with NEXUS, the original performers, and So Percussion.