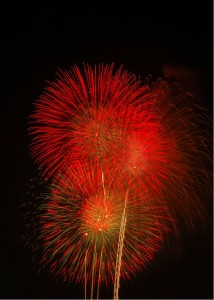 Tonight in Woodstock, New York, NEXUS’s Garry Kvistad is presenting the Paul Winter Consort at his 18th Annual Woodstock Beat in upper New York state, which benefits the Woodstock Byrdcliffe Guild. NEXUS had the pleasure of performing at Woodstock Beat last summer. Indeed, NEXUS spent most of last summer touring and performing at festivals: Ojai in California; Kincardine, Collingwood, and Ottawa in Ontario, Canada; as well as Woodstock Beat. I decided to have a look and see what these festivals were up to this year. I am glad to say that they once again have chosen to delight their audiences with percussion offerings.

Back in June, this year’s NEXUS Now, and you can read Bob Becker’s discussion of the lighting effects used in Rain Tree here). Eighth Blackbird, the group that commissioned the Double Sextet that recently won Steve Reich the Pulitzer, was the music director for this year’s Ojai Festival (Matthew Duvall is the percussionist with the group) and they (joined by 13 others) performed Steve Reich’s great work Music for 18 Musicians. (Bob Becker performs this work with Reich on the CD of the same name, and you can hear a section of the 1976 New York Town Hall performance here.)

Coming up soon in early August, Kincardine Festival will present OnnanoKo Drumming.  And on August 13, the beautifully-voiced Suba Sankaran (who performed several times this past season with NEXUS) and Autorickshaw will perform their combination of Indian classical music and western jazz funk.

Not to be outdone, the Ottawa Chamber Music Festival also has Autorickshaw appearing in concert as well as percussionist Berverley Johnston in the first part of August. And in the same time period, Collingwood presents tabla virtuoso Vineet Vyas. Also, in their “post-season” in October, the Collingwood Festival will be bringing in the Nagata Shachu Japanese Taiko Drummers.

I do believe that no festival is complete without some of that percussive energy to keep it “cookin'”. Enjoy YOUR summer festivities!