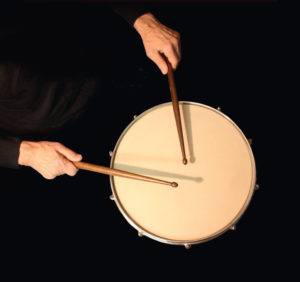 Facility on snare drum is at the foundation of much percussion playing in Western music, and young players often begin their percussion studies learning the rudiments of snare drum. When I taught percussion at the University of Toronto, I encouraged the first-year students to spend a large portion of their practice time on snare drum. However, as I began to assign them repertoire on other percussion instruments, I saw that their attention to snare drum dwindled. In order to encourage them to continue practicing snare drum, I came up with the idea of an annual Snare Drum Olympics. My hope was that it would be an enjoyable way for students to spend time on snare drum while they continued to develop this essential area of percussion playing.

The Olympics idea began with a somewhat shameless prank I perpetrated with a fellow percussionist while we were students at the Curtis Institute of Music back in the 1960s. The percussion studio at Curtis at that time happened to be right next to the music theory classroom. One of the rules at Curtis was that personal practice took precedence over everything else, so my friend and I knew that we could play as loud and long as we wanted in the percussion room and no one would tell us to stop. One day, while a music theory class was in progress, my percussion buddy and I decided that we would play a fortissimo snare drum roll for the complete hour of the class to see if we could get away with it. No one stopped us, as per Curtis regulations, so we rolled non-stop for an hour. I confess that we varied our dynamics so we weren’t constantly playing as loud as we could, but we didn’t stop playing for an entire hour.

The excitement of this shenanigan helped me keep up the energy to roll for an hour, but I realized I also had to make some physical and mental adjustments to stop tension from building in my hands and arms. I discovered that if I began to feel my hands tightening, I could move the tension to other parts of my body by focusing on the affected area, breathing into it and mentally shifting the tension to a different muscle group. A few years later, when I started practicing yoga, I learned that this is one of the principles of that discipline, and I began to experiment with it in other areas of my percussion playing. I gave this technique the name energy-shifting. In “A Different Kind of Virtuosity,” an article I wrote for my co-edited book, The Cambridge Companion to Rhythm, I describe energy-shifting this way.

“In playing [Steve] Reich’s music and West African drumming, I use something I call energy-shifting, a technique I developed from practicing yoga postures and breathing exercises. I find that it is necessary to have a certain amount of tension while playing in order to produce a strong, centered sound, especially when I have to generate this sound with consistency over long periods of time. In order to prevent tension build-up, I keep up the necessary energy by shifting the tension around in my body. For example, if I feel tension mounting in my wrists, I concentrate on releasing the tightness by focusing my breathing in that area and allowing my arms or another part of my body to absorb the tension. By practicing this technique, I developed the ability to energy-shift quickly and easily.” 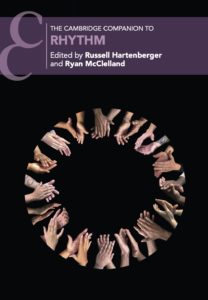 In looking for ways to encourage snare drum practice with my university students, I remembered my Curtis caper and decided to duplicate this experience, only in a less mischievous way. I decided that having the entire percussion studio roll together for an hour would be fun and would also be pedagogically beneficial. Once I thought of attaching the name Marathon to the snare drum roll, I began to think of ways to develop the Olympics idea further and devised the scenario that became the Snare Drum Olympics. In order to give the Olympics additional cachet, I used Roman numerals, à la the Super Bowl, to denote each year’s event. The Olympics usually took place over a three-day period, although we sometimes had to shorten it to two days depending on the availability of the recital hall. We held the Olympics in early December so it would fit in with end of term schedules and as a kick-off to the holiday school break. The following is a typical Snare Drum Olympics format.

Students signed up in advance for a 15-minute time slot. They performed on the recital hall stage alone with a snare drum of their choice. I adjudicated the event and gave ratings based on technique, style, and in the case of rudiments, speed, which I timed with a Dr. Beat. Speed of the paradiddle became a particularly highly contested element. In the technical competition, each student performed the following:

Choose one of the following (other excerpts were sometimes substituted):

Required Solo – a rudimental solo of your choice

The solo should be a Wilcoxen, Pratt, Schinstine solo, or equivalent.

Students have the option to perform their own rudimental solo composition.

All percussionists gathered on the recital hall stage with a snare drum and hearing protection. I described the background of the Marathon, the concept of energy-shifting, and the process we would follow during the Marathon. I was the timer for the event, and on my cue all the students began rolling at a pianissimo dynamic. During the hour, I periodically walked around the stage with varying dynamics written on pieces of paper and showed these instructions to the players. The general structure was to play soft dynamics for the first fifteen minutes with a gradual crescendo near the end of this section. In the next thirty minutes I indicated louder dynamics making it the most strenuous portion of the Marathon. In the final fifteen minutes, I had them play gradually diminishing dynamics, and the last couple of minutes was a diminuendo to the end of the hour. After the Marathon we discussed the experience, and the students described how they felt and what they did to keep relaxed.

Students teamed up in pairs. One player played the right hand and the other played the left hand. They must play one of:

A rudiment, slow to fast

The Pairs Competition was based on my experience as a student when my friends and I would play rudiments or solos with one person playing the right hand and the other person playing the left hand. The way we did it was to put our arm that wasn’t being used around the shoulder of the other player, and we would play the right-hand part on the snare drum and the left-hand part on our partner’s shoulder – or vice versa. My students rarely used this method and came up with their own techniques.

The most ingenious Pairs performance, and one that has become a legend at the school, was concocted by Danny Tones and Ian Gibson. They set up on stage with a table next to their snare drum, and on the table was a closed food cooler bag. They stood across the snare drum from each other and began playing a double stroke roll together at a slow speed, each playing with one hand. With their free hands, and as they increased the speed of the roll, they unzipped the cooler bag and pulled out all the makings of a martini, including a shaker and two martini glasses. They poured the gin and vermouth into the shaker, shook the alcohol in the shaker, poured the mixture into the glasses, and drank the martinis. All the while, they executed a perfect double stroke roll from slow to fast. 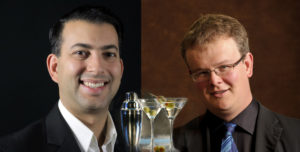 Players or groups of players perform skits based on the annual Olympic theme. The skit must include snare drum. This was the fun part of the Olympics as the performances incorporated costumes, props, dialogue, songs, etc. One of the most popular themes was Snare Drama. Beverley Johnston created a wonderful “dramatic” piece for one Olympics which became part of her solo repertoire. Some of the themes used over the years are:

Snare Drum at the movies

Snare Drum at the circus

John Rudolph, my colleague in the percussion department at the University of Toronto, helped me adjudicate the Pairs competition and the Themed Program competition. We compared our scores and determined the winners in those two categories. Following the events, we all gathered at my house for the Awards Ceremony. My wife, Bonnie, prepared a meal, usually Indian food with an elaborate ice cream sundae buffet for dessert. Dinner was followed by the Awards Ceremony. I presented awards to winners in each of the Technical categories as well as the Pairs and Themed Program competitions. The awards were small percussion accessories I got each year from Woodshed Percussion in Toronto. The top award went to the All-Around Champion – the person who had the highest overall ratings in all the categories.

When I retired from teaching at the University of Toronto in 2016, my colleague Beverley Johnston organized a wonderful event for the occasion. The culmination of the evening was a a truncated Snare Drum Roll Marathon with many current and former students participating. I was honored that my first drum teacher, Alan Abel, the person who first taught me how to play a snare drum roll, attended the ceremony and played along with everyone in the Marathon. Since my retirement, John Rudolph has continued the Snare Drum Olympics tradition. This year he even held the Snare Drum Roll Marathon on Zoom. We are now approaching Snare Drum Olympics XXV. 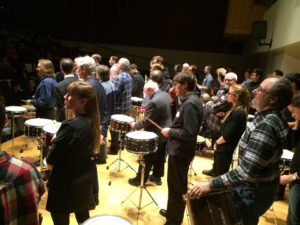 Here is a short video of the Snare Drum Roll Marathon from my Retirement Event, courtesy of Lydia Wong: