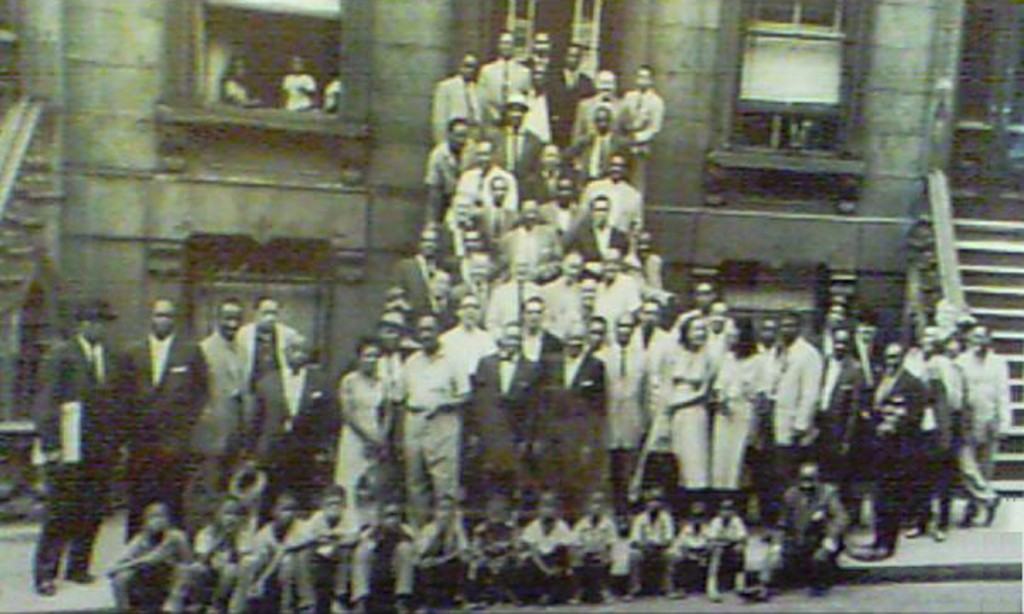 While in Yokohama, Japan to observe the masterclasses given by Mark Boseman at a studio in the Steinway piano showroom, I noticed a large poster on the wall with a great blowup photograph taken on a street in front of a row of townhouses in Harlem in 1958.  Standing there was a “who’s who” gathering of about sixty 1950s jazz greats – including Count Basie, Gene Krupa, Dizzy Gillespie, Thelonius Monk, Art Blakey, Marian McPartland, Sonny Rollins, and many more.  Buster Bailey is in the photo along with a bunch of street kids sitting on the curb and in some of the townhouse windows.

Seeing Gene Krupa in the group reminded me of an experience from my childhood.  I would have been 12-years old in 1958 and it was around that time that our family – my mother, father, brother and I – went on an overnight visit to New York City.  We stayed at the Chesterfield Hotel, right downtown.  That evening while walking along Broadway, just north of Times Square, we came upon an intriguing scene – at one doorway there was a line of people stretching from the door clear out into the street; all were trying to look inside.  Not wanting to miss the action, we joined the line, and there about 30-feet inside the doorway we saw Gene Krupa playing drums with his group.  We watched for about 5-minutes.  I had already started playing snare drum, and I knew that Krupa was famous.  After all, in addition to being at the top of the American musical scene for decades he had also been a movie star, but by 1958 swing music had already become passé in favor of be-bop and even rock-and-roll.

Even so, Krupa’s energetic showmanship and sense of time were so impressive that the memory of it endures as if it happened only last night. 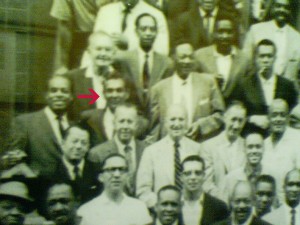 When I was in the Rochester Philharmonic, I also had the pleasure of performing with Dizzy Gillespie on a pops program, and I even played drum set with Marian McPartland a couple of times. 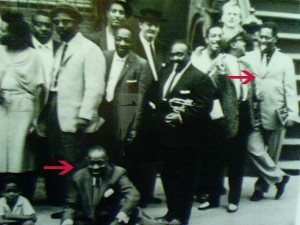 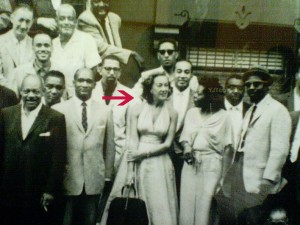