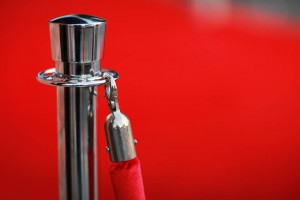 In 1999 NEXUS was inducted into the Percussive Arts Society’s Hall of Fame. Inaugurated in 1972 the Hall of Fame has welcomed many of the greatest percussion personalities into its ranks. It is impossible to list them all here, and even more difficult to decide who to mention on a “short list”, but here are a few of the names with whom NEXUS shares this honour: Edgard Varese, Chick Webb, Ringo Starr, Lionel Hampton, Steve Reich, Buddy Rich, Harry Partch, Steve Gadd, John Cage, Gene Krupa…. Well, you get the idea. It’s impressive! You can see the complete list of Inductees by clicking here.

The PAS Hall of Fame “recognizes the contributions of the most highly regarded professional leaders in percussion performance, education, research, scholarship, administration, composition and the industry.” The criteria is as follows:
“Nominees must have demonstrated the highest ideals and professional integrity to their profession. They must have brought about significant events, substantive improvements in the world of percussion, or contributed to the betterment of the profession through exemplary services or acts. A nominee must have a record of sustained contributions to the field…”

At the time of their induction, Lauren Vogel Weiss wrote a very fine article about NEXUS, describing the complexities of their coming together as a group, and interviewing the members for their thoughts about percussion and NEXUS. It’s wonderful reading. You can read the full article by clicking here. But one of my favorite remarks is the one from Bill Cahn:

“How will NEXUS be perceived by percussionists in 2099? ‘I’ll take anything,’ laughed Bill Cahn. ‘In the 22nd century it would be nice for folks to occasionally plop a NEXUS music chip into the data input slots that have been surgically embedded in their skulls at birth!’ “

Always thinking ahead!  I would say it is one of the traits that got NEXUS into the PAS Hall of Fame in the first place!