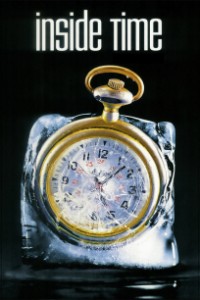 It was announced this week that the notorious bank robber Stephen Reid has won a $5000 literary award for his collection of essays penned in prison. Reid’s life and philosophy were the subject of the 2007 documentary “Inside Time” for which NEXUS provided the sound track.

The film (directed by Jason Young and produced by the National Film Board of Canada) was honored with the 2008 Robert Brooks Award for Documentary cinematography  and the 2008 Golden Sheaf Award in the documentary-Social/Political category.
Reid was a member of The Stopwatch Gang that robbed some 100 banks in both Canada and the US. He is currently serving an 18 year sentence following a shootout with police in Victoria, B.C. Reid’s essay collection is entitled A Crowbar in the Budhist Garden: Writing from Prison, and was praised as a “prison ethnography taut with wit and humanity.”
NEXUS  performed and composed all of the soundtrack music for “Inside Time,” including:
– Original NEXUS improvisations used in scene transitions,

NEXUS recorded the film’s musical score spontaneously in a single session at the Toronto studios of the Canadian Broadcasting Corporation. You can view the whole film by clicking here or if you choose, skip through, finding parts of the score that arrest your ear. There will be many!
“Inside Time” is a fascinating 30 minute film that explores Time from the point of view of someone who is “doing time”. Reid contemplates his life and times from the inside of his 18-year prison term. His acute observations and introspection are captured by director Young with recurring images of sea and shore, spider webs, carnival rides, woodlands, and Reid himself, whose experiences have also enabled him to find a degree of wisdom and freedom in his circumstance.
No strangers to film music, NEXUS created the acclaimed score for the feature-length film, ‘The Man Who Skied Down Everest‘ (1975) which received an Academy Award for best documentary film, and also have featured film performances in their repertoire providing live accompaniment for screenings of the silent films “A Page of Madness”, and the Max Sennett comedy “Teddy At The Throttle”.

You can read the full article about Reid’s book in the National Post by clicking here.