On Wednesday, October 17 I had the pleasure of presenting the first of two  “Creative Music Making” workshops at Buffalo State College.  The 2-1/2- hour session on freeform improvisation was based on my book “Creative Music Making” (Routledge, 2005) and it was the result of an invitation from Bradley Fuster, a member of the BSC percussion faculty.  Brad originally asked if I could do something on a program for the percussion department, but because of a delay in the opening of a new recital hall, it was instead determined that I would work with Crystal Reinoso of the College’s theory department, who was especially interested in focusing on improvisation.

The CMM workshop in the band room at Rockwell Hall was attended by twenty-one student participants consisting of several percussionists, 2 vocalist/pianists, 2 trumpeters, a clarinetist, a flutist/bassoonist, an oboeist, a violinist and a violist.  Most of the participants had minimal (if any) experience in improvising – a few had done freeform improvisation once or twice, and another few had done a minimal amount of jazz improvisation.  All seemed eager to dive in.  The session began – as it normally does – with the presentation of about 15-minutes of preliminary background information and a summary of the process.

Then, as is also normal, an introductory short freeform piece was improvised by myself on vibraphone with one of the participants on piano.  The point of this first improvisation is to provide a starting model and to remove any concerns among the participants that the process might somehow be intimidating.  The initial improvisation was recorded and played back for listening and discussion.  In the remaining 2-hours, each of the participants had the opportunity to play in trio and quartet improvised pieces.  The final improvisation was a tag-team piece, in which 5 players began and then, one by one, each was ‘tagged’ and replaced by another player as the music continued on.

how to remove a lipoma 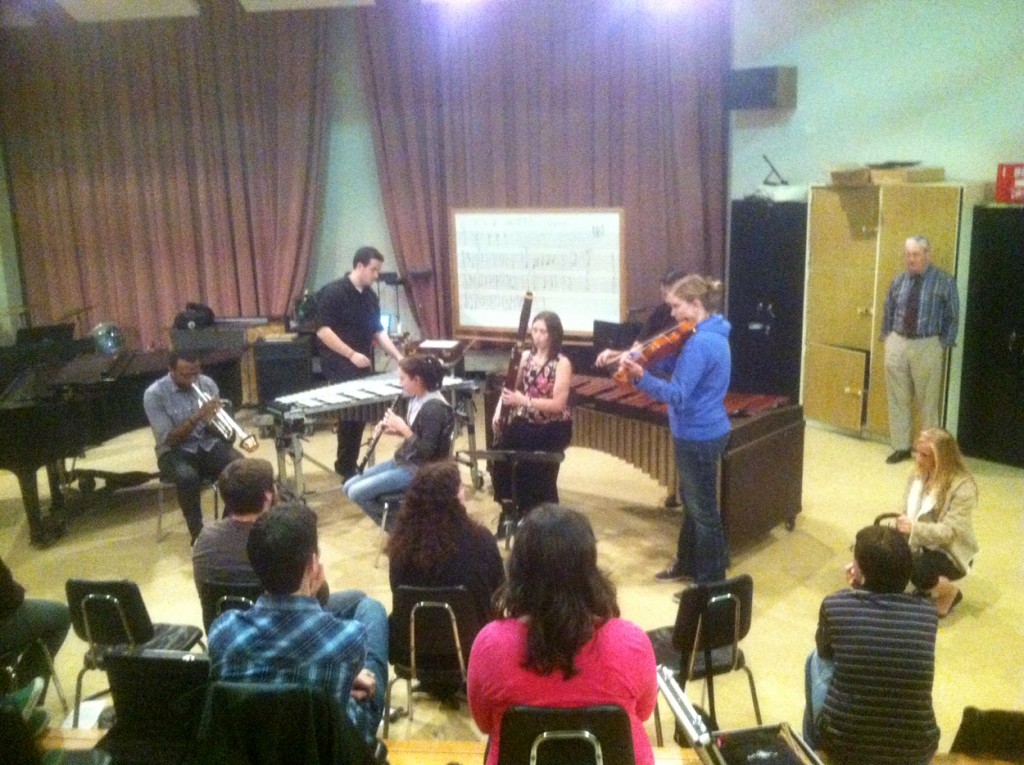 It was important that each improvised piece was recorded and played back for analysis, in which all of the participants – one-by-one – contributed to the discussions.

The second and final session will be in the afternoon next week on October 24, and it will culminate in an evening CMM concert at the Burchfield-Penney Art Center beginning at 7:30 p.m.  (For more information go to http://www.burchfieldpenney.org/  or call: (716) 878-6011