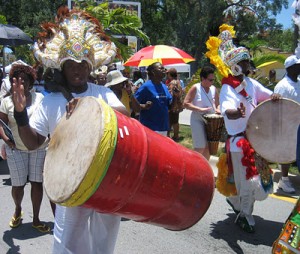 At Holiday time I usually write about the great Family and Pops concerts that NEXUS has available, or I remind you of their choral repertoire. (If you are not familiar, click here and here!) But Garry Kvistad just sent me an article from the American Bell Association that has me thinking about the many winter holiday percussion traditions.

At Christmas, in addition to “The Carol of the Drum” (also known as “The Little Drummer Boy”), we hear “The Carol of the Bells” , and “Ding Dong Merrily on High“, another bell carol – not to mention “Jingle Bells”!  Japan’s Omisoka on December 31st also features the bell: the ringing of a Buddhist temple bell (joya no kane, the watch-night bell) 108 times to drive out all the sins of the old year, and welcome in good fortune.

Although there are no specific percussion instruments associated with Tu Bishvat (the January Jewish holiday also known as The New Year of the Trees) nor with the December Celebration of Lights called Chanukah, the historic and beautiful Rintel Lamp, a menorah (candelabra) that dates from 1753 in Amsterdam, is hung with eight silver bells “reminiscent of the bells that adorned the hem of the robes of the high priest.” Traditional Hebrew musical instruments include the tambourine, cymbals and the tinkling sistrum. I found two Chanukah percussion medleys commissioned by Mt. Lebanon Percussion, and you can hear these on Youtube, one by Bill Holcombe and the other by David Bobrowitz .

In the Bahamas the December 26th and New Year’s celebration of Junkanoo features the ringing of cowbells, and dancing to the rhythms of goatskin drums. There are two Junkanoo museums in Nassau that trace the development of the insturments they use. Modern Jamaican music has its roots in percussive Junkanoo too. The foundation of Junkanoo music is the goombay drum, made by attaching goatskins to metal containers.  The drums are heated just before the performance, to tighten their skins and heighten their tones. They also use tom-toms. The cowbells are played in pairs (one or more in each hand). You can also hear “Rake-and-scrape” music, made by bending a toothed carpenter’s saw and scraping it with a small screwdriver or butterknife. Rake-and-scrape comes from the musical traditions of the Turks and Caicos Islands. The Historical Museum of Southern Florida gives a great overview of Caribbean Percussion Traditions.

In Nigeria, drumming and dancing plays an important role at the Islamic festivals and other holidays. In the Arab country of Qatar, their celebrations are based on Bedouin traditions, such as the dance known as the Ardah, “a stylized martial dance performed by two rows of dancers who are accompanied by an array of percussion instruments, including al-ras (a large drum whose leather is heated by an open fire), tambourine and cymbals, along with small drums.”

Grenada’s Carriacou Parang Festival in mid-December honours the  traditional string music of the island of Carriacou, just off Grenada’s coast. The percussion-driven music is known to sometimes feature bawdy lyrics, but Christmas carols are also included in the celebration.

Chinese New Year (which follows the lunar calendar and is in late winter) includes the Lion Dance, which contains an important percussion element. The Lion’s movements are followed and emphasized by percussion rhythms, requiring a great deal of rehearsal to achieve exceptional precision and unison. Loud percussion also relates to the role (and roar) of the lion in dispelling evil and bringing good luck. “As an art form, the Lion Dance re-creates things unseen and heard, giving form and substance to the intangible as one experiences the creative process at work.”

No matter where in the world you may be, all of us here at the NEXUS offices wish you a most happy holiday!