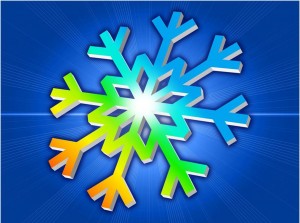 The holidays are upon us! In every corner of the globe there are celebrations – I’ll give you a list of a “baker’s dozen” at the end of this post. It has set me to thinking about the FAMILY and POPS repertoire in the NEXUS programme collection.
“An African Celebration” is a joyous programme with orchestra. Over their career, the NEXUS members have studied and performed with master drummers of Africa, and the exciting West African drumming in this concert is thrilling.
“From Rags to Riches” is a chance to hear NEXUS’ spectacular xylophone rags. It also features the fab “silent” film “Teddy At the Throttle”. Not so silent with NEXUS providing an accompaniment of crazy music and “authentic sound effects” for this Mack Sennett comedy classic. Root for Teddy the Dog as he saves the girl tied to the railway tracks!  (BTW, Mack Sennett was born and raised in Quebec!)
“Percussion Alive” puts percussion front and centre and looks at composers who have done that too. This is a fascinating one, full of unusual music, new sounds, and exciting developments in percussion music today!
For something “educational” but totally entertaining, check out “The Story of Percussion in the Orchestra”. (Like the popular cereal ad, “Just don’t tell them it’s supposed to be good for them!”)  This performance starts with kettle drums, and moves through Janissary music, “Wellington’s Victory” and the stirring Nexus Drum Line, right up to contemporary works.  When NEXUS presented a version of this concert with the Toronto Symphony last year, the high school students were rapt! I know! I was there! One educator emailed the Symphony afterwards, saying it was “the best concert in years!”
Happy Winter Holidays to everyone – and here’s the list! Junkanoo (Bahamas), Kwanzaa (America), Chanukkah (Jewish), Christmas (Christian), Hogmany (Europe), St Nicholas Day (Northern Europe), Ganga Bois (Haiti), Eid-al-Adha (Muslim), Lunar New Year (Chinese, Korean, Vietnamese), Bodhi Day (Buddhist), Omisoka (Japan), World Religion Day (Baha’i),  Las Posadas (Mexico).