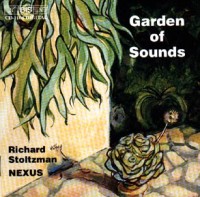 GARDEN OF SOUNDS In February we released our album with clarinetist Richard Stoltzman entitled “Garden of Sounds” on the BIS label. We had recorded it with Richard the previous year at CBC Toronto. Ray Dillard and Bill Cahn were the producers, Mark Wright the recording engineer. The cover painting is Garden Shadows by our late… Read more » 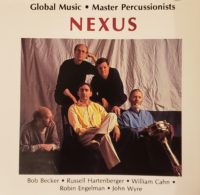 #NEXUSat50   1988-1989    EVERYBODY’S WRITING!   In the midst of the heavy 1988 travel schedule we somehow found time to compose!  Toronto concerts and a Stamford CT concert in 1988 saw premieres of new works, as did Merkin Concert Hall in New York City in 1989: “Lali-Pops” by Wyre (not related to the movie that was just… Read more »