Among the many wonderful benefits of being associated with the Eastman School of Music on a regular basis are the periodic visits of guest musicians, especially in the percussion department. In the 2014/15 season alone there have been visits by Leigh Howard Stevens, Lee Vinson, Jake Nisly, Stanley Leonard, and Amadinda. On Jan. 14, Colin Currie, one of the most sought-after percussion soloists in the world, added his name to the list of distinguished visiting artists when he coached an evening masterclass for the entire Eastman percussion department.

This was my second opportunity to meet Colin; the first was after a performance of the Rautavaara “Incantations” with the Baltimore Symphony a few years ago. Now, he was in Rochester following three performances of Jennifer Higdon’s “Concerto for Percussion” in Ft. Worth, Texas on January 9. 10, and 11. Colin Currie’s observations and commentary on the masterclass performances by the Eastman students were generally on ‘big picture’ ideas about the overall intent and effect of the performances, rather than on details of technique or interpretation.  The student performers all selected pieces that have various technical and musical challenges, and they all presented their performances with confidence and skill, while being attentive to Colin Currie’s comments.

Curiously, at the Q&A time after the student performances, there were only a few questions from the students, and these mostly from grad students.  One would suspect that having an opportunity to interact with one of the most successful performers in the world would provoke many questions about that success – repertoire selection, instrument selection, commissioning composers, business decisions, etc.  Such hesitancy in asking questions seems to be fairly typical of conservatory students, which reinforces the theory that the biggest obstacle for students is not in finding solutions to problems, but rather in knowing the right questions to ask. 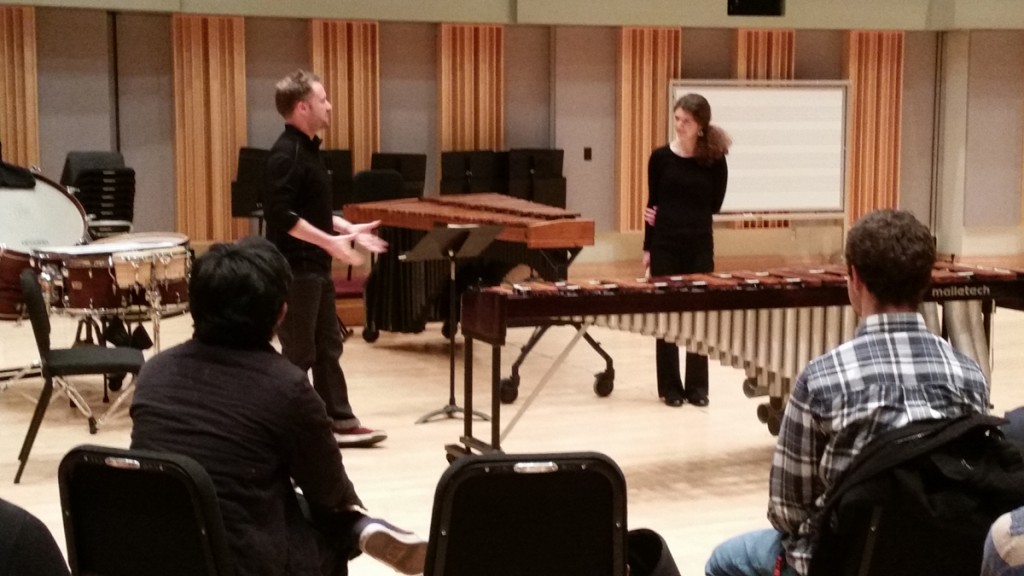 Colin Currie makes a point to Erin Graham after her performance 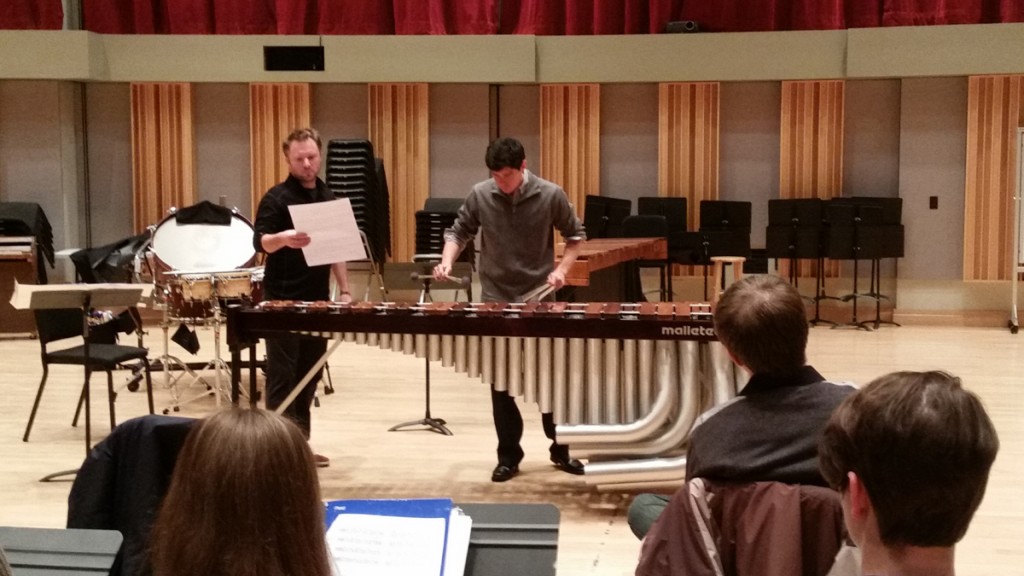 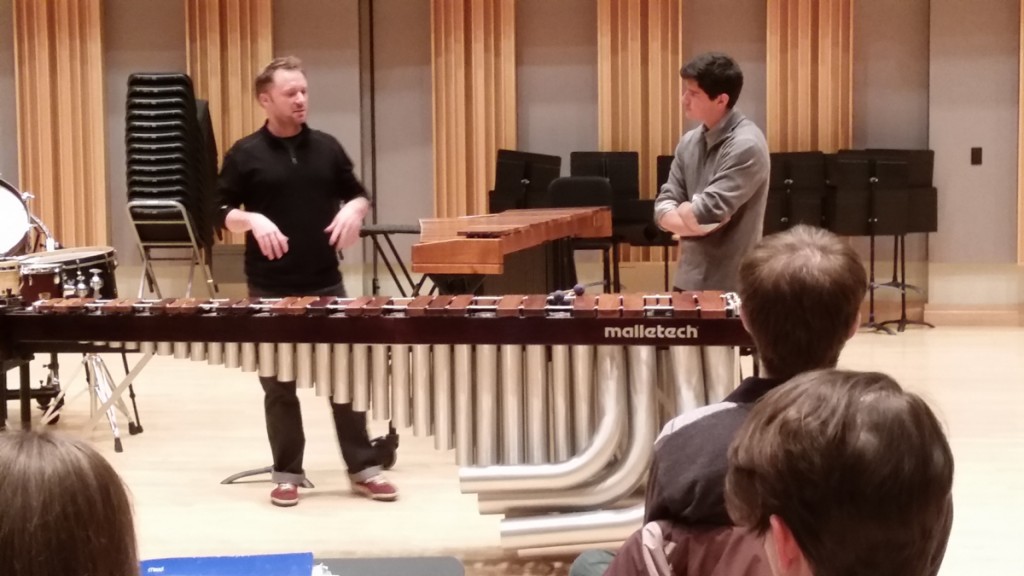 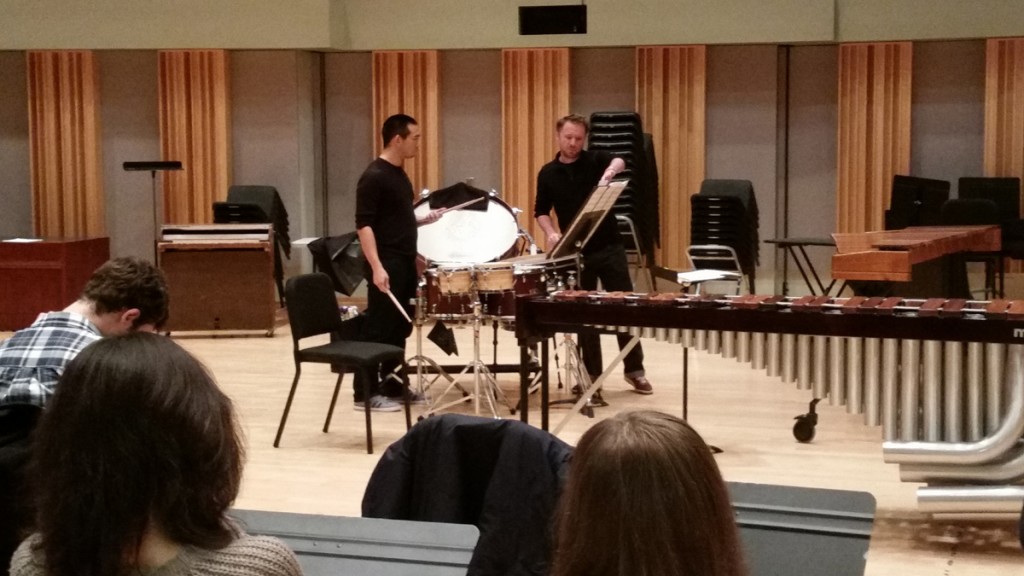 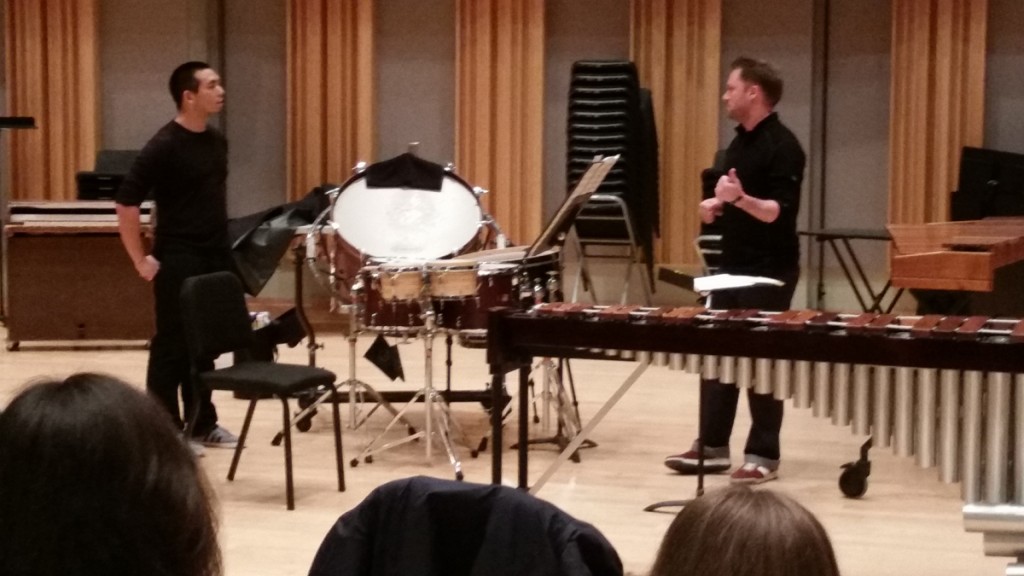 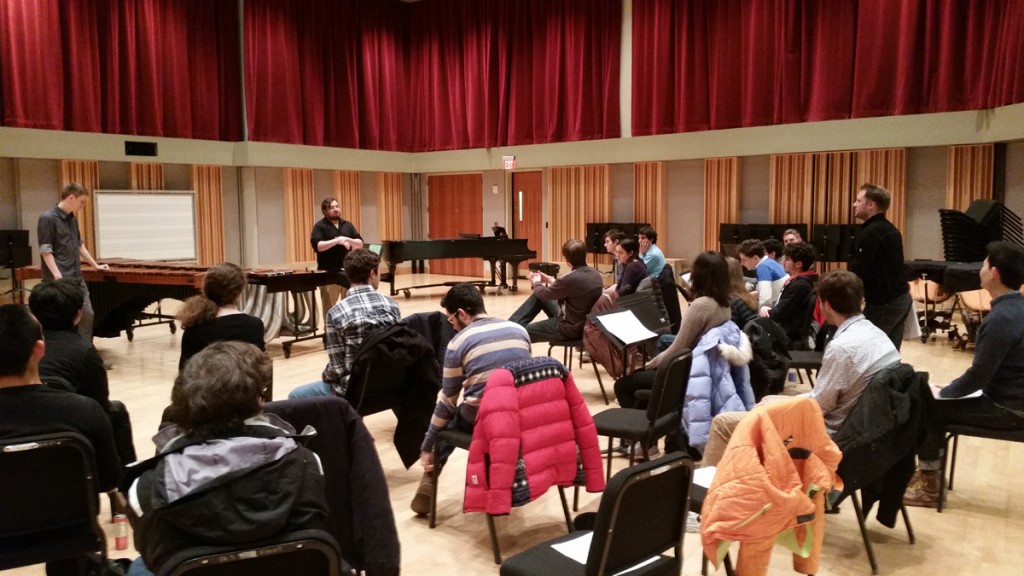 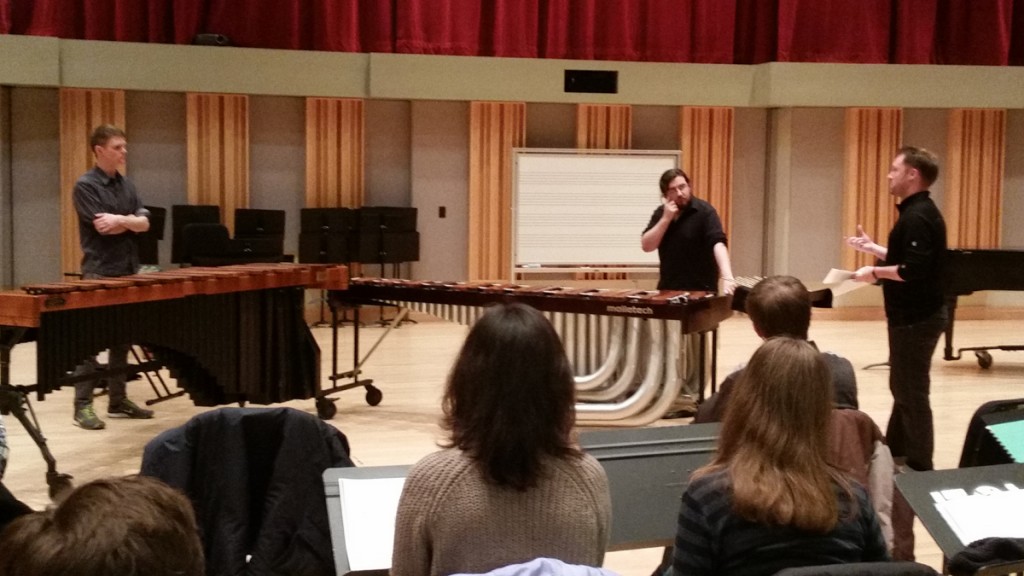