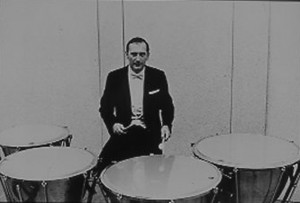 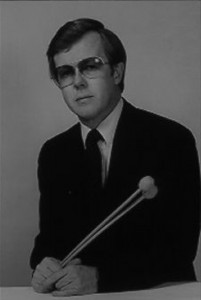 The rest of the percussion section – made up of Eastman School students – was hired on a per-concert basis.  Music Director Theodore Bloomfield left the orchestra at the completion of the 1962-63 season, and the following season saw a number of guest conductors.  By the end of the 1963-64 season, a new Music Director, Hungarian-born Laszlo Somogyi, was appointed for the Philharmonic concerts.

In 1965 Paul White, the conductor of the Civic Orchestra retired.  Laszlo Somogyi, in a comment to the orchestra’s Board of Director s expressed his desire that the Civic and Philharmonic Orchestras no longer use two separate names, since they were in actuality one and the same (except, of course, for the extra musicians who were hired to augment the core orchestra to bring it to Philharmonic size).  Consequently, the use of the name, “Rochester Civic Orchestra” was discontinued and the entire focus of the Civic Music Association was thereafter directed towards the “Rochester Philharmonic Orchestra.”

Samuel Jones was appointed as the Philharmonic’s Assistant conductor, and as such, he essentially became the principal conductor of the Philharmonic’s core orchestra, which by the 1965-66 season presented pops and special membership concerts, as well as continuing the concerts in local high schools and a series of elementary educational concerts in the Eastman Theatre. 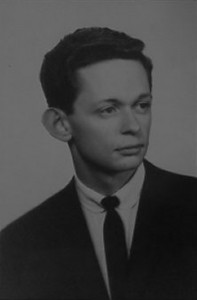 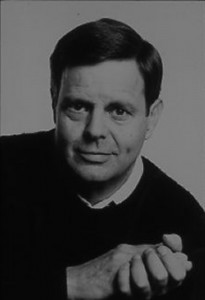 In September of 1968 under Music Director Lazlo Somogyi the writer became the orchestra’s principal percussionist, remaining in that position until the 1994-95 Season.

Percussion highlights of the 1960s include repeat performances of the “Gypsy Love Song and Czardas” with John H. Beck as xylophone soloist in 1960, and Norman Fickett as soloist in 1962.

The year 1961 saw the Civic Orchestra present its 7th annual Youth Festival Concert featuring the high school student recipient of the Albright Award – the first percussionist to be given that honor – Thomas Morris.  On the Youth Festival program he performed the Milhaud “Concerto for Percussion and Orchestra.”  Mr. Morris, of course, eventually became the manager of the Boston Symphony and the Cleveland Orchestras.

In 1964 John H. Beck and Norman Fickett combined forces to revive “The Worried Drummers” for Rochester Pops audiences, and a percussion composition of a more serious nature was given its first Rochester Philharmonic performance on November 13, 1966 – The “Toccata for Percussion Instruments” by Carlos Chavez, conducted by Music Director Lazlo Somogyi.  In May, 1969 Walter Hendl conducted the Rochester premier of “Carmen Suite” for strings and percussion by the Soviet composer, Rodion Shchedrin.

In the 1970s subtle changes began to take place in the nature of the percussion positions in the Rochester Philharmonic Orchestra.  The orchestra’s classical subscription programs began to include many more new works by composers who scored for more exotic percussion instruments such as North Indian tabla, African drums, shekeres and double-bells, various types of Asian tuned gongs, steel drums, and other instruments that were unusual for a symphony orchestra at that time.  Much more effort was required in locating such instruments and in becoming familiar with their performance techniques.  On the keyboard percussion instruments, four-mallet parts began to appear more frequently, especially on the marimba.

Evolution in American popular music styles also brought about changes in the way the Philharmonic’s percussion section had to approach pops concerts.  For the most part, until the 1970s symphonic arrangements of popular music and Broadway shows could be performed concert style, with one player on snare drum and with another on bass drum and cymbals.  Since the formation of the Civic Orchestra in the 1930s there had usually been only one contracted principal percussionist plus one or two per-service percussionists available for the pops concerts, and the combining of bass drum and attached cymbal parts (“grosse cassa” opera style) performed by one player became standard practice.

The newer popular styles were “Rock”- oriented and required the utilization of a full drum-set.  By the end of the 1970s virtually every pops concert required a drum set – sometimes involving drum solos – and in addition, the influences of Latin-American styles also appeared in pops programs, causing the percussion section to adapt to the skills of playing congas, bongos, and other Latin instruments.  The orchestra’s pops series began to feature many popular artists in diverse styles – for example, Marion McPartland (Jazz), Chet Atkins (Country-Western), and Marvin Hamlisch (Broadway) – and it frequently became the responsibility of the principal percussionist to play drum-set in the soloist’s rhythm section.

In 1970, for the first time since the demise of the Eastman Theatre Orchestra in 1929, a full-time section percussion position was created.  Ruth Cahn, who had been the orchestra’s first extra section player since 1968, assumed that position, and within a year a third contracted per-service position was filled by John McNeill.

In October, 1972 the Board of Directors and management of the Rochester Civic Music Association were reorganized.  In December of that year it was announced that David Zinman would assume the position of permanent Music Director, the seventh in the orchestra’s history.  Among Zinman’s many notable achievements during the following twelve years were the performances of all the Mahler symphonies , and the celebrated tours to Carnegie Hall in New York City.  Within one year of Zinman’s appointment, Isaiah Jackson was named as the Associate Conductor to conduct most of the core orchestra concerts.

The core orchestra on many occasions featured percussion solos on pops programs, including the following:

• May, 1977 – performances of “Xylophonia” and “Spike Jones Classics” on the orchestra’s pops series.

Among the noteworthy events featuring percussion in the Philharmonic’s classical series was the world premier performance of “Two Pictures for Solo Percussionist and Orchestra” by Phillip Lambro performed by John H. Beck in 1976.  This was the first performance of a percussion solo on a classical series concert since the formation of the orchestra, and in the audience were many members of the Percussive Arts Society who had assembled in Rochester for the first annual International Convention.  That same year – the year of the American Bicentennial celebrations – the orchestra under David Zinman featured a Rochester premier of a new work by a contemporary American composer on each of the sixteen concerts in the classical subscription series.  Needless to say, virtually every concert required massive percussion forces.

On May 6 and 8, 1978 NEXUS, the first percussion ensemble to appear on a classical subscription concert, gave the world premier performances of  “Hit: A Concerto for Percussion and Orchestra” by Carman Moore, conducted by Isaiah Jackson.

Among the Eastman students to perform in the orchestra’s percussion section in the 1970s were Kenneth Harbison, David Mancini, Ernest Muzquiz, Dean Witten, Gordon Stout, Niel DePonte, and Brian Stotz, who from 1977 served as the Rochester Philharmonic’s per-service section percussionist.