On May 5, 2012, as part of the new “Percussion Rochester” festival, NEXUS performed Ellen Taaffe Zwilich’s “Rituals for Five Percussionists and Orchestra” with the Eastman Philharmonia, conducted by Neil Varon. The Zwilich piece was premiered by NEXUS in 2005 and shortly thereafter recorded by NEXUS with the IRIS Orchestra under the direction of Michael Stern (Naxos CD #8.559268). 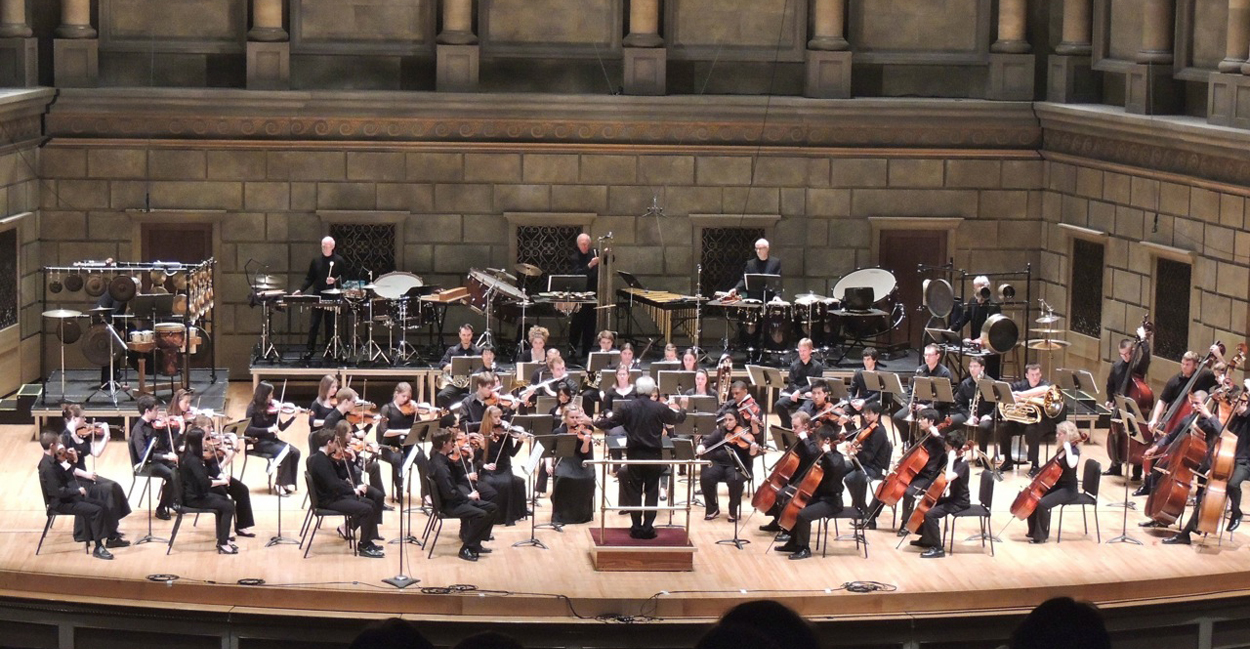 Percussion Rochester was the brainchild of its three producers – Michael Burritt, the Professor of Percussion at the Eastman School of Music, Kathleen Holt, a community supporter of contemporary music (Kathleen and her husband – Dr. Stephen Lurie – were co-commissioners of the Zwilich work, along with NEXUS), and myself. Planning for Percussion Rochester began in 2010. The process involved budgeting, fund raising, contracting with guest artists, scheduling, and numerous communications with the Eastman School of Music administration and staff, without whose enthusiastic support, the festival would have been impossible.

The theme of the inaugural Percussion Rochester was “Percussion with Other” – percussion in various mixed-instrument ensembles. A major highlight was the world premiere of the composition that won the new John Beck Composition Prize. This year’s guidelines called for an original work scored for solo percussionist with a mixed-instrument ensemble of up to eight non-percussion instruments. The winning composition was “Night Wind” by the California-based composer, Naomi Sekiya. It was performed by the Eastman Musica Nova ensemble, conducted by Brad Lubman and featuring percussion soloist, Matt Evans, a graduate student at the Eastman School. The premiere was rewarded with an immediate standing ovation from the sold-out audience in Kilbourn Hall on May 4.

After the intermission, the program shifted to the Eastman New Jazz Ensemble directed by Dave Rivello and featuring guest artists – drummer Peter Erskine, vibraphonist Anders Astrand and Latin percussionist Tony Padilla. The contemporary arrangements – including some from Weather Report – received another standing ovation.

The May 5 evening concert featured the world premiere of Michael Burritt’s “Duende Concerto for Percussion and Wind Orchestra” with the Eastman Wind Ensemble conducted by Mark Davis Scatterday. The second-half of the concert was the Zwilich piece featuring NEXUS with special guest, John Beck. 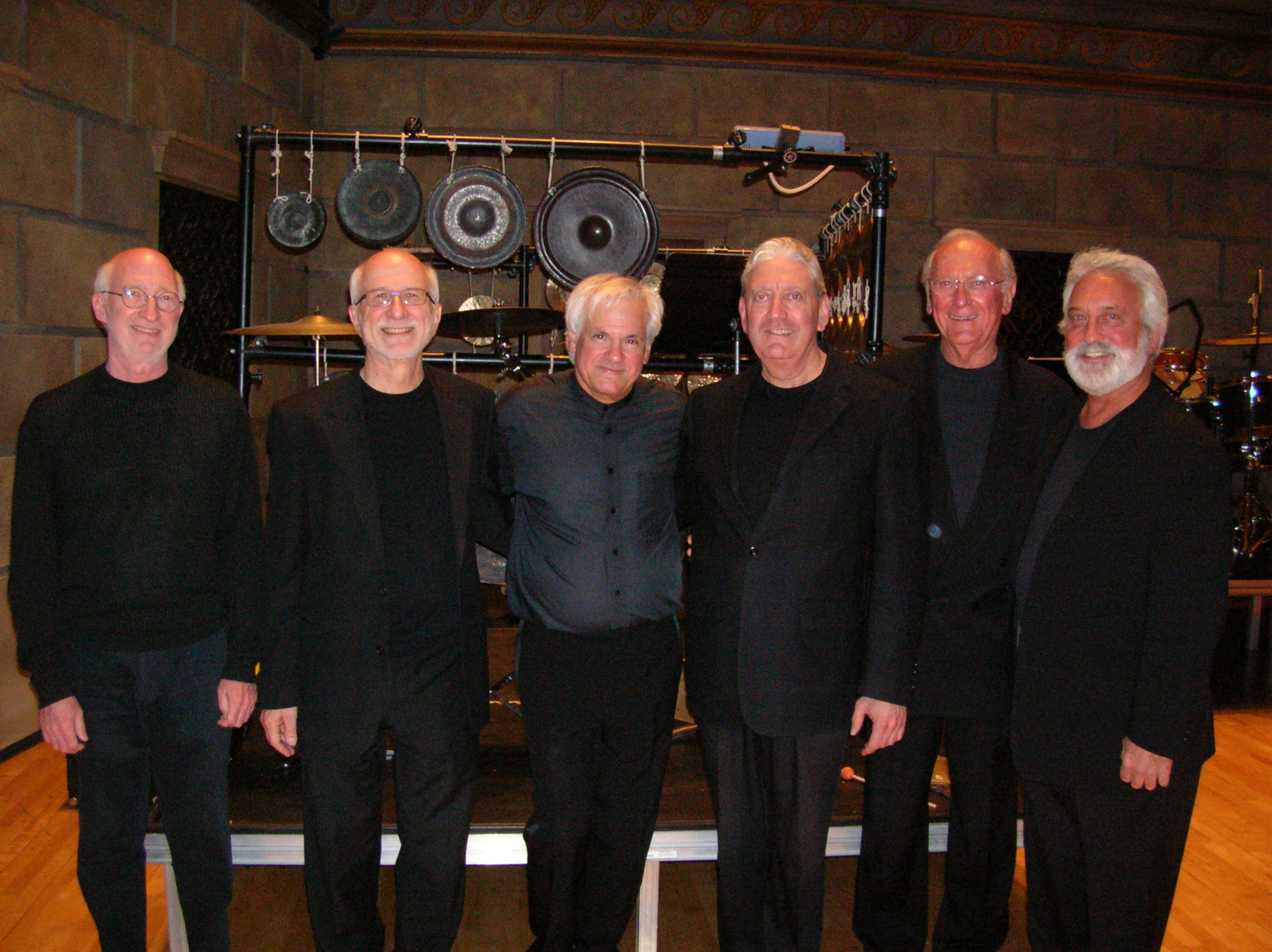 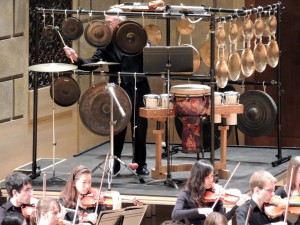 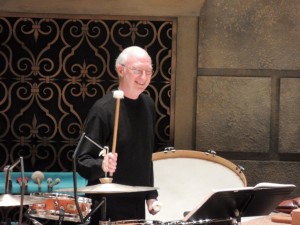 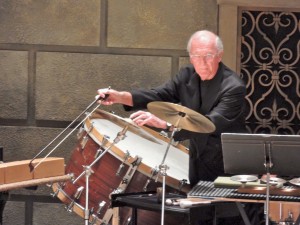 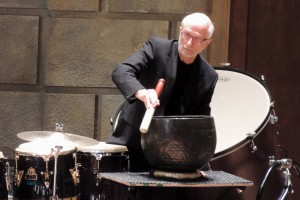 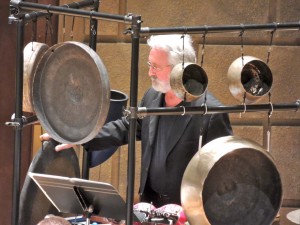 All of the photos in this posting were taken by Lauren Vogel Weiss, who along with her husband, Ron, traveled to Rochester from Texas to attend the NEXUS performance. Her article on Percussion Rochester is to be published by the Percussive Arts Society.