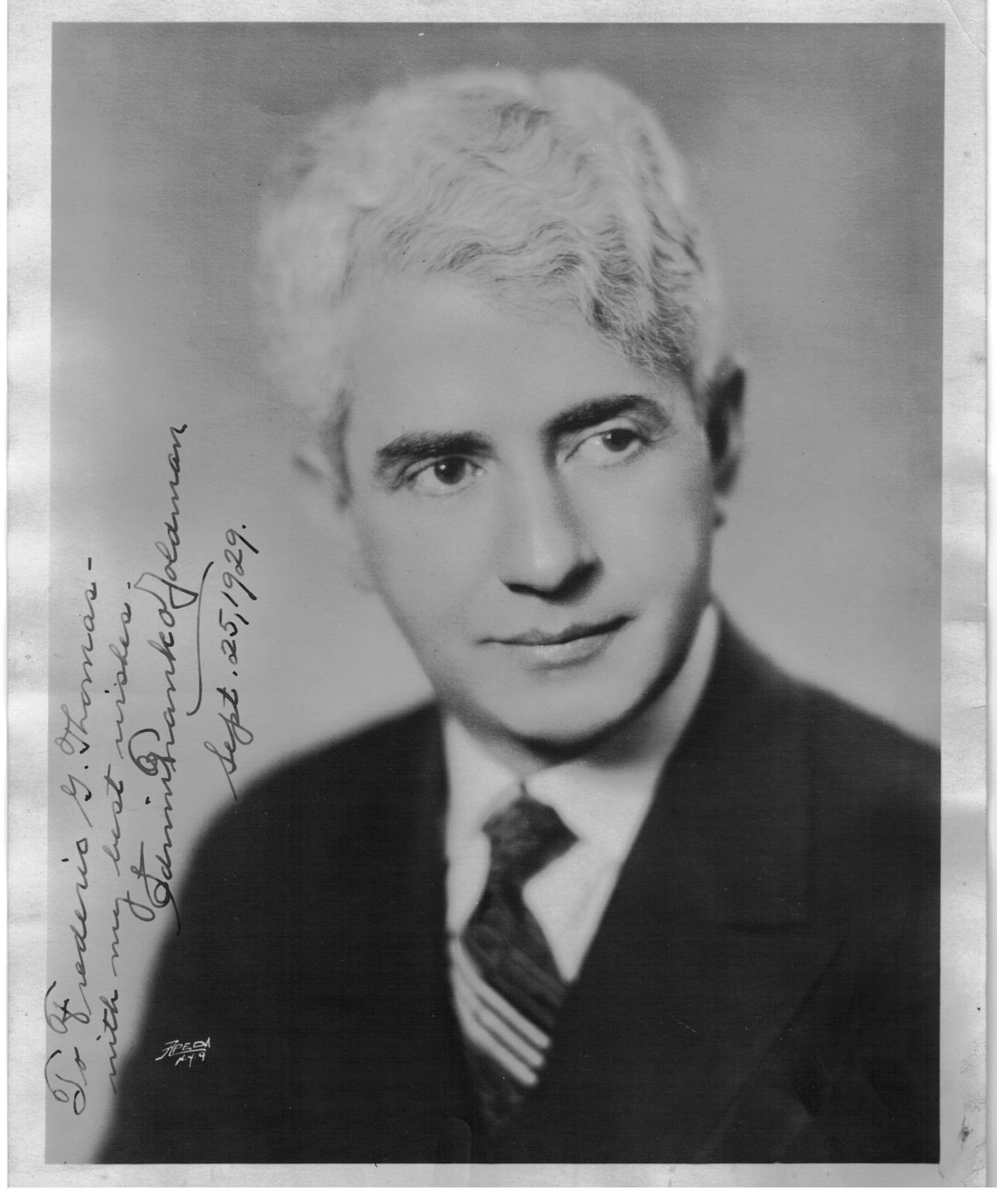 This week, the American Bandmasters Association has been enjoying its annual convention in College Station, Texas. About a year and a half ago, NEXUS found itself in Tulsa as the featured guest at the Oklahoma Bandmasters convention. NEXUS performed and presented workshops. There are Bandmasters Associations across North America in both the United States and Canada, under the umbrella of the ABA.
I was interested in the history of the ABA, especially when I saw that it was founded in 1929 (yes, this year is its 80th anniversary) by Edwin Franko Goldman of the famous Goldman Band. A few years ago I found an autographed photo of Dr. Goldman dated Sep 25 1929 among the personal effects of my great uncle, no doubt from a Goldman Band visit to Toronto, and clearly Uncle Fred had saved and treasured it. One of Goldman’s most famous works was Bugles And Drums written in 1936. The West Point Band and Hell-Cats premiered the unpublished version of the march late in the summer of 1935.

This led me to discover A Job Well Done: A Short History of British Bandmasters Attached to Canadian Army bands during World War II, by Jack Kopstein at the website called World Military Bands. At this extensive site, you will find an abundance of information on Band History from the 17th century to the present day, world bands, Military Music festivals and Tattoos, the world book of military music, a section on national anthems, where to find The Sights and Sounds of Military Bands on the Web, and even a section on the music at State Funerals through the centuries. There is an excellent article on military band instruments at the site, too, but apparently drums and percussion are to be covered in a future (as yet unwritten) article.

Many thanks for the praise – the website is now called theheritageofmilitarybands.com
best wishes jack

One thing that I want to mention is that Edwin Franko Goldman wrote some really dazzling marches – I shall never understand why they never appeared in the Bob Hoe collection? Even some poor march composers were featured. I guess we all know the reason?
Cheers
jack