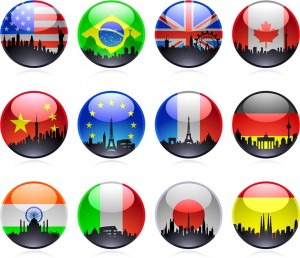 In my last post regarding Japan, I mentioned the special piece written for NEXUS (with orchestra) by Toru Takemitsu entitled “From me flows what you call Time”. If music is the international language then Takemitsu had a hand in making it so. He is known for intergrating the western and eastern musical palettes, which is no mean feat! His first contact with Western music was during the war when he heard the popular French song “Parlez moi d’amour”. He had to listen to it in secret as Western music was banned by the Japanese government at that time. In fact in order to play it on a gramophone, he and his friends had to fashion a needle from bamboo. After his bitter wartime experiences he began to compose in earnest and was largely self-taught. This no doubt contributed to his ability to think “outside the box” as he explored mixed media with his colleagues in Jikken Kobo (“experimental workshop”), and introduced new Western composers such as John Cage to Japanese audiences in the 1950s. Cage in turn, with his interest in Zen practice, influenced Takemitsu to reinvestigate his own Eastern roots and soon he was integrating East and West in new ways.

With regard to the NEXUS piece, Carnegie Hall commissioned Takemitsu to compose the work for NEXUS, Seiji Ozawa and the Boston Symphony in celebration of the Hall’s 100th anniversary in 1990. Ozawa first met NEXUS members John Wyre, Robin Engelman and Bill Cahn through the Toronto Symphony where he was music director from 1965 to 1970. The anniversary premise led Takemitsu to envision 100 years of time flowing through the Hall itself. In performance the piece is not only exquisite to hear but is visually beautiful. Large wind chimes (created by NEXUS’ Garry Kvistad and his company Woodstock Chimes) are suspended in the auditiorium, and carefully-chosen coloured ribbons extend from the wind chimes to the stage. The five Nexus members enter through the auditorium wearing the five colours, and they use the five streamers to manipulate the chimes. The colours, the banners, the number five were inspired by the Tibetan Wind Horse: 5 coloured streamers blowing in the seasonal winds that point out the mountainous routes to the Tibetan nomads. Takemitsu corresponded each of the NEXUS members and their personalities, which he knew so well, to the five colours. “From me flows what you call Time” has been described as a “strangely beautiful, lushly erotic” work, and “35 minutes worth of extraordinary beauty.”  Nexus has performed the piece almost 100 times worldwide, although in Canada it has only been heard three times: twice in Toronto and once in Montreal.
Toru Takemitsu extended his activities well beyond music. He found time to write a detective novel, and often appeared on Japanese television as a celebrity chef. He had an intense interest in gardening, and compared composing and listening to music to walking through a garden. You may read an interview with Takemitsu this page.