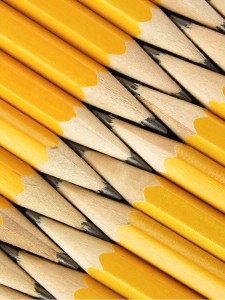 The holidays are over, school’s back in session, and Nexus is performing at the University of Toronto, so I’ve been thinking about the ensemble’s educational work. It’s no surprise that the first comments that came in on our new website were from students. NEXUS’ compositions are performed in schools all over the world, the “NEXUS guys” sit on juries for percussion competitions, and their articles and books round out the educational experience of all kinds of musicians. In Australia in 2006 in a special national project, almost every university percussion student in the country traveled to Melbourne to spend two weeks working with NEXUS. Workshops and clinics demonstrating NEXUS’ wide range of interests are a valuable adjunct to most NEXUS concert appearances, and some of those concert programmes are designed specifically for education. A couple years ago NEXUS morphed their “Story of Percussion in the Orchestra” into “Strike, Rattle & Bow!” for the Toronto Symphony. Three performances in a big hall full of Attentive high school students! Can you imagine? One of the teachers wrote: “Absolutely loved the programme. My kids certainly did too. Best concert in years.” It’s interesting how NEXUS has the flexibility to adapt existing programmes to the needs of the moment. Longer, shorter, more technical, lighter, for younger kids, older students: NEXUS has the experience and large repertoire that allows for these kinds of changes. Their two “formal” educational  programmes could perhaps be called “the historical” and “the contemporary”. The historical is the aforementioned “Story of Percussion”, starting in the 1600s and moving to today, narrating and demonstrating how percussion became part of the orchestra. (This programme has been recorded by Nexus with The Rochester Philharmonic, Bill Moyers narrating, on Nexus Records.) The contemporary is NEXUS’ “Percussion Alive” programme of 20th c. music, and of course they can add in 21st c music now! They talk about and demonstrate Britten, Copland, Chavez, Kodaly, Reich, Cage, Cahn, Villa- Lobos and Adams, all composers that bring percussion to center stage. Modern composers use shakers, rattles, chimes, xylophone, bells, cymbals and wood blocks, as well as timpani and drums, so there’s plenty of room for interesting sound explorations in this one! It’s always fun to attend a NEXUS educational event – they bring such humanity and humour to what they do best – percuss!