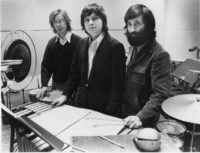 1975:   DIFFERENT MUSIC   We continued performing our George Hamilton Green ragtime arrangements. Bob Becker was totally smitten, and says, “I was tracking down all of it”. For two appearances, we played rags and also our improvisation at the famous (or infamous) Bohemian Embassy coffeehouse in Toronto which (thanks to founder and long time CBC performer… Read more » 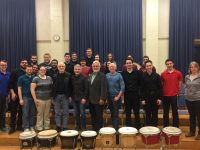 In 1974, I performed with the Blackearth Percussion Group at thethe State University of New York at Potsdam. The instructor in charge was, yes, Jim Petercsak. Professor Petercsak is a legend in the percussion world whose teaching has produced hundreds of fine musicians currently performing and teaching throughout the world. The NEXUS concert consisted of… Read more »