The Blackearth Percussion Group was conceived in 1971, formed in 1972 and disbanded in 1979. It was inspired in part by Jan Williams’ New Percussion Quartet of Buffalo and named after a small farm town in central Wisconsin. I was one of the original group members at age 22, along with my brother Rick Kvistad… Read more » 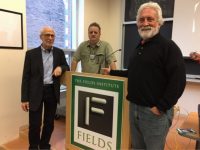 They say there are three types of people: those who are good at math and those who aren’t. But seriously, we have somehow lost our cultural connection between the sciences and the arts. There are only a few higher education institutions that have forums to create a nexus between these disciplines. One of these institutions… Read more » 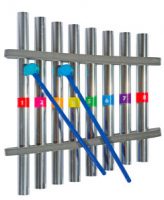 We designed the Chimalong® to help children develop creativity at an early age. When our two daughters were young, I found little on the market that would inspire them to learn music, so I decided to create a metallophone from musically tuned Woodstock Chime tubes, and the Chimalong was born. Little did we know that… Read more »

NEXUS has always been a groundbreaking ensemble and Saturday night, June 4th was no exception. We had the honor of being the first percussion group to play at the 35-year-old Rockport Chamber Music Festival in the spectacular Shalin Liu Performance Center in Rockport, Massachusetts. One feels like a 3-D component of a Norman Rockwell painting… Read more »

On April 9, I had the tremendous pleasure of speaking to an audience of 800 attendees of the TEDx Makers conference at Monmouth University in New Jersey. It was an honor to be among 30 “Makers” chosen to talk about what we had created. In my case, I talked about the quest to hear ancient… Read more » 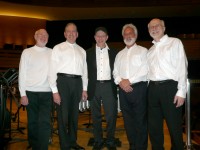