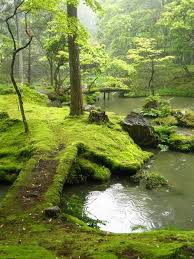 Following Nexus’ first concert tour to Japan in 1976 my friend and colleague Bill Cahn composed two major works: Nara, for solo percussionist; and In Ancient Temple Gardens, for xylophonist/percussionist and chamber orchestra. Bill himself premiered the latter piece in 1977 with the Rochester Chamber Orchestra. Nexus celebrated its tenth anniversary during 1981/82 with a series of three concerts at the St. Lawrence Centre in Toronto, and our guest artist on one of those programs was harpist Judy Loman. For the occasion Bill rewrote the accompaniment to his piece to feature harp and four marimba players. We recorded this version for the CBC Musica Viva CD Dance of the Octopus, released in 1990. Eventually we played the same version with symphony orchestras, with Bill as soloist and the other four of us on marimbas, which we performed for the first time in 1982 with the Winnipeg Symphony Orchestra. Occasionally we played the piece with only the four marimba parts accompanying Bill. Although not as colourful as the versions with harp or orchestra, the piece is still very effective in this form.

Sometime around 1995 Bill invited me to record In Ancient Temple Gardens in a new version with piano accompaniment for his CD project The Solo Percussionist (released by Nexus Records in 1996: CD #10339). Previously I had played the piece in the marimba ensemble version with students at the Stevens Summer Marimba Seminar, and in the symphonic version with the Eastern Music Festival Orchestra. The piece was interesting to learn and always enjoyable to perform. Part of my approach to developing an interpretation involved choosing specific ways to begin and end the many tremolos and trill figures found throughout the work. I have been asked often about this issue in relation to two-note tremolos played on xylophone, and there are some interviews posted elsewhere on this website that discuss my concepts (for example, HERE). One suggestion for students is to listen to the recording below and determine exactly what method I used in each case. The very fine pianist performing with me is Joseph Werner.