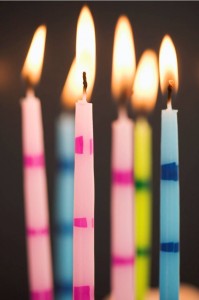 NEXUS celebrates its 40th birthday this coming weekend! Entering its 41st season, NEXUS is looking back at a tremendously satisfying 40th season that began with their exciting new commission from Steve Reich, continued with sold out appearances at the Minnesota Beethoven Festival and Woodstock Beat in New York, took them on a wonderful trip to Japan, saw them performing rare arrangements of Holst’s Planets and Stravinsky’s Rite of Spring with two pianos here in Toronto, premiering Bill’s new piece Crystal Cabinet at SUNY, and performing with the Syracuse Symphony, the Austin Symphony, and the University of Toronto Wind Ensemble. They introduced a fascinating new program of timpani works in March with timpanist David Kent, and they have just completed a residency at Shenandoah University in Virginia. Time for a short birthday breather, before they head to Woodstock, New York on July 2nd for a Fourth of July “hands-across-the-border” concert with the Canadian Brass, and then to the Ottawa Chamber Music Festival for the official NEXUS 40th Birthday Concert on July 31st at 8 p.m.  We intend to party on into the night with another NEXUS concert right afterwards at 10:30 p.m. — a full performance of Steve Reich’s Drumming with TorQ, Monica Whicher and Kristina Szabo. It’s an extraordinary piece that has brought audiences to their feet wherever NEXUS has been lucky enough to have an opportunity to perform it: California, New York, and now in Canada’s capital city.  We hope you will join us!  Until then, enjoy that birthday cake, NEXUS!