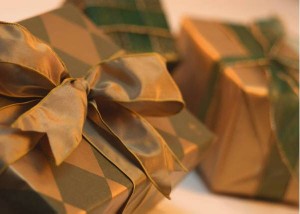 December is glowing: Hanukah candles, Christmas trees, Kwanzaa lights, Solstice and New Year preparations. Gifts and music are a major part of the celebrations and it has me thinking about the gifted artists in NEXUS and their offerings, ranging from choral to kids. Have a look around the website. You will find an African Celebration (the Rochester Democrat spoke of the “grand finale of joyful music…[that] brought the audience immediately to its feet”); a delightful “silent” film called Teddy At the Throttle, with lots of special effects courtesy of NEXUS (the Kansas City Star said, “There can’t have been a single face unsmiling at the end”); novelty ragtime music played in a flurry of spectacular mallet work; a NEXUS drumline; music that features a hundred crazy bird calls; pieces that are arranged for toys; a whole selection of choral repertoire accompanied by NEXUS; and of course NEXUS’ amazing collection of unusual, exotic and some downright strange instruments (some of them created by the NEXUS members themselves). Special gifts from gifted people. I hope we have an opportunity to bring them to your performance hall soon!  Happy Holidays, everyone – from all of us here at the NEXUS offices.