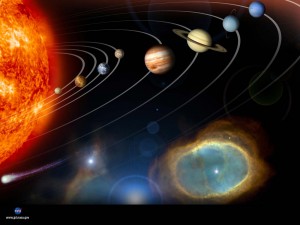 Join us at Walter Hall in Toronto for the opening of the University of Toronto’s Faculty Artists Series featuring NEXUS and the piano duo 2 x 10 (Midori Koga and Lydia Wong). Also performing will be the University’s Women’s Chamber Choir and special guest, percussionist John Rudolph. It is going to be an interesting and unusual evening, presenting two rarely-heard arrangements of two orchestral masterpieces, The Rite of Spring and The Planets, for two pianos and percussion!

This is an anniversary performance:  Holst’s The Planets received its first complete public performance with the London Symphony almost exactly 90 years ago, on November 15th, 1920. (There were other performances in England between 1918 and 1920, but they were either private or incomplete). The idea of the work was suggested to Holst by Clifford Bax, who introduced him to astrology when the two were on holiday in Majorca in the spring of 1913. Holst became enamoured with astrology, and began to cast his friends’ horoscopes for fun. Holst also used Alan Leo’s book What is a Horoscope? as a springboard for his own ideas. In addition to the two-pianos versions created by Holst himself, and a percussion ensemble arrangement of Mercury by James Ancona, there have been a number of other unusual arrangements of the originally-orchestral work or portions of it: arrangements for drum and bugle corps, organ, the Moog and other synthesizers, brass band, marching band. rock band, and death metal and other metal bands. NEXUS performed the piece with full orchestra to great acclaim on their recent visit to Japan, and welcomed Japanese superstar Ayaka Hirahara backstage there. She was attending because her pop version of Jupiter had skyrocketed to the top of the charts and has stayed there for a number of years. 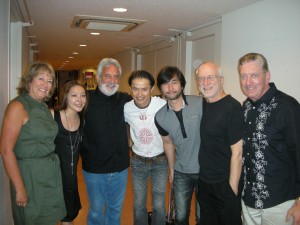 The other piece that NEXUS and 2×10 are performing on Monday, November 1st, is The Rite of Spring. Stravinsky composed a piano four-hands version before he had finished the orchestral score; it was performed with Debussy. Stravinsky continually revised the work (for both musical and practical reasons), well beyond the ballet’s premiere with orchestra in 1913. Speaking of unusual arrangements, Stravinsky made two arrangements of The Rite of Spring for player piano! These were issued by Aeolian on standard pianola rolls, and also for the Pleyela (the brand of player piano manufactured by Pleyel in Paris). The master rolls were not recorded using a “recording piano” played by a performer in real time, but instead were cut mechanically/graphically. Northwestern University, (at its RussianDrama.net), says that the premiere of the ballet, “its ‘barbarous’ music and unconventional choreography that Nijinsky designed…caused one of the most famous theatrical scandals in history.” Here is the initial sketch of the stage set for the first act by Nikolai Roerich: 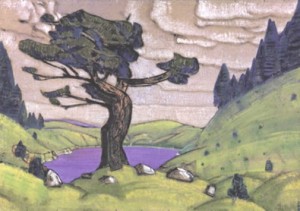 Tickets for the NEXUS concert on November 1st can be obtained by calling the Box Office at 416-978-3744 or emailing boxoffice.music@utoronto.ca