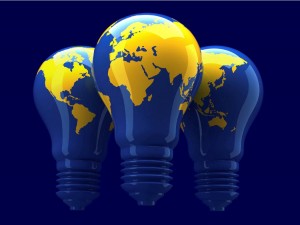 Spring is sprung, and the pale green sprouts in my garden tell me it is time for fresh starts. One spring task I always enjoy is the updating of the NEXUS Concert Summary. It is a little booklet that outlines where NEXUS has been over its 38 year history. Let me share some of these amazing statistics with you. NEXUS has (so far!) performed with 82 orchestras, not only throughout USA and Canada but also throughout England and Germany, and in Japan, France, Norway, Taiwan in 1994, and Finland. I’m not even going to count the hundreds of solo performances in the United States, but New York State comes out with the most (23 separate locations) followed by Texas, Tennessee, and Illinois. The Festivals provide a fascinating list: Expos and World’s Fairs, the Olympics, Commonwealth Summit Meetings and Games, even an organ festival! In addition to North America, NEXUS’ festival appearances have taken them to Australia three times, Britain, Germany, Holland, New Zealand, Hungary, Korea, Singapore, Sweden, Taiwan again in 2002, Japan, and Norway a second time. Lest we forget, is addition to the above, there were also performance tours to Austria, Brazil, Czechoslovakia, Denmark, Greece, Luxembourg, and China. Looks to me like we should get ready for a jaunt to Africa or maybe India. After a long Canadian winter, warm countries look most inviting!