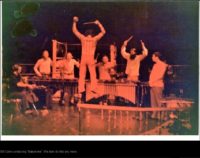 1973:   EXPANSION  We were performing “our own unique brand of improvised music”, says Bill, with the “simple desire to expand our own musicianship…There was absolutely no thought given to marketing – there was no market!” 1973 took us to the CBC Winnipeg Festival and also brought us our first foray into film music for Canadian… Read more »