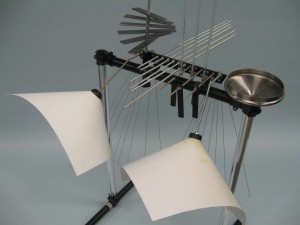 NEXUS enjoyed a wonderful night at LPR on Bleeker Street yesterday, and e-mails are coming in from some of those who were lucky enough to enjoy this International Night of Awesome(ness). Garry Kvistad created some instruments for last night’s performance, and that reminded me of his Baschet. Like all the NEXUS members, Garry has lots of interesting musical instruments – Check out this one on the left, a Baschet, invented by the Baschet brothers. Francois, the sculpture, and Bernard, the engineer, collaborated and the result was these unconventional musical instruments. There are five more photos of these wonderful inventions, below. Garry says, “These instruments are acoustic sound generators which I tuned to an ancient Grecian scale from the 7th century BC. One has threaded rods, like a giant mbira, another has acrylic rods, which are rubbed like a wine glass to get a sound. There are cone speakers like an old Victrola and echo wires for resonance. The instruments are from the Baschet brothers’ “out of the blue“.)  Garry offers a fascinating workshop called the Science of Sound. You can read more about it by clicking here and here.  You can see some of the beautiful chimes that Garry creates at his Woodstock Chimes Facebook page, too. That’s where I first saw these Baschet photos, and asked him if I could post them here for your enjoyment. 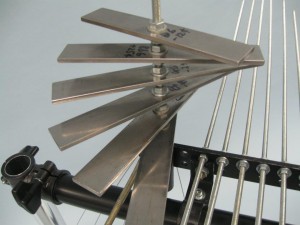 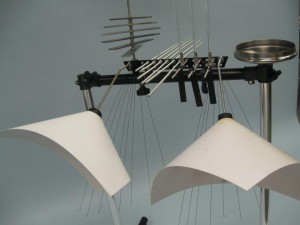 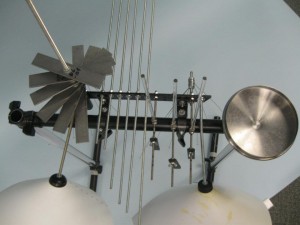 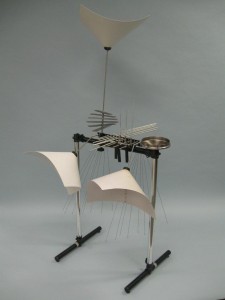 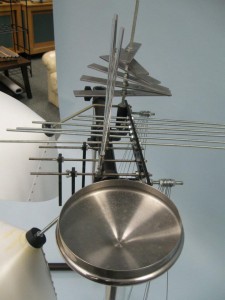