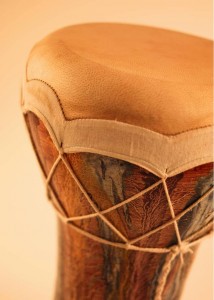 This is the perfect time for a posting about Bill Cahn’s workshop The Influence of Non-Western Music In Western Art Music. Several upcoming NEXUS concerts contain globally-influenced music. In Syracuse on Feb 25 and 26, and again in Austin TX at the beginning of April, NEXUS will perform Takemitsu’s From me flows what you call Time – written for NEXUS by a Japanese composer who was influenced by the “Wind Horse” custom observed by the highland nomads of Tibet when they migrate in search of new land.  In Barrie, Canada on March 5th, NEXUS performs – with the exceptionally fine University of Toronto Wind Ensemble – The Eternal Dance of Life, written by American composer Eric Ewazen who was inspired by Inuit drumming. Later in March, on the 12th, NEXUS performs a program at the Glen Gould Studio Theatre in Toronto that includes Bill Cahn’s Raga No. 1, inspired by North Indian classical music for tabla – the small traditional Indian drums. Bill enjoyed “the rhythmic complexity and energy in the music” and translated it for timpani!  Another of Bill’s pieces on the program is Night Ride, composed for and dedicated to Kazunori Meguro and the students at Showa Academy of the Arts in Atsugi, Japan, where Bill frequently teaches. Claude Vivier’s Cinq Chansons pour percussion (on the program) uses the term “songs” in the title “in the Asiatic sense”. The piece is dedicated to David Kent (guest soloist for the evening) who at the time Vivier wrote the piece had just returned from Indonesia with an inspirational collection of gamelan instruments. The March 12 program finishes with a piece by Japanese composer Ichiyanagi, Variations from the opera White Nights, rescored by Bob Becker for NEXUS in 2007.

Bill’s workshop The Influence of Non-Western Music In Western Art Music is A Listening Workshop. He looks at the powerful effect of  globalization and the ease of today’s electronic communications. He presents a series of ideas to workshop participants: about the musical instruments themselves and their sounds (using Turkish examples), about compositional forms such as amadinda (xylophone) music from Uganda, about musical styles and performance (here he uses a North Indian vocal music demonstration). What seem like very basic elements of music to the Western ear can be quite different in other parts of the world. To show these differences, Bill uses examples of Japanese Court Music for harmony, Ghana bell cycles for rhythm, Greek brass band music for pitch and timbre, Japanese flute for melody. From there he moves into an interesting segment: Techniques for Listening to Unfamiliar Music! How does one engage with something completely unfamiliar? What questions can you ask about it that will lead to deeper understanding and insights?

Whether one is a listener, a performer, or a composer, influences come at us from all directions. It is exhilarating to set your sail to catch these winds of inspiration!