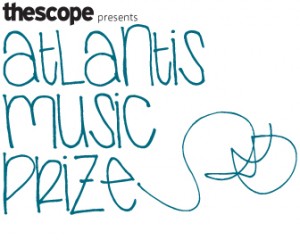 The Short List for the 2010 Atlantis Music Prize has just been announced and it reminded me that the 2009 winner was a percussionist. The Atlantis Music Prize is  awarded to the best full-length album from the Canadian province of Newfoundland and Labrador, “judged on artistic merit, without regard to genre or sales”. Percussionist/composer Curtis Andrews took the prize for his album of “world jazz niceness” entitled The Offering of Curtis Andrews, which he dedicated to NEXUS founding member John Wyre and to Don Wherry, founder of Newfoundland’s Sound Symposium. John Wyre moved from Toronto to St. John’s, Newfoundland, after his retirement from NEXUS. The announcement of the prize says that John and Don were “two of Andrews’ percussionist mentors, both highly influential in Newfoundland’s contemporary musical history.”

Andrews studied in Ghana, India, South Africa and Zimbabwe, and his drumming is described as inventive and energetic while this first album of original music has been called “surprising, uplifting, and spontaneous” with “a wide collection of styles and intricate patterns, carefully constructed”.

2009 was only the second year that the Atlantis has been awarded. An independent panel of 40 journalists, musicians, and other experts in the local Newfoundland scene submit their top picks for the best album of the year, and the winning album is decided by a group of six selected jurors. In last December’s announcement, it was said that “Andrews’ win brings to light a strong love of avant-garde percussion in Newfoundland and Labrador.”

We await the announcement of the 2010 winner!