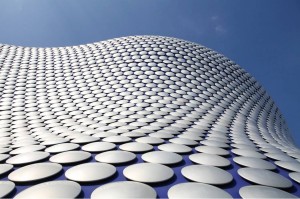 NEXUS member Russell Hartenberger has also been a member of Minimalism and the Music of Steve Reich. Reich, who is considered to be one of the great composers of the 20th century, has been described as one of “a handful of living composers who can legitimately claim to have altered the direction of musical history.”  Reich pioneered minimalist music, with repetitive figures, slow transformations developed through harmonic rhythms and canons, and phasing.

Composer Michael Nyman, who coined the term “minimalist music” (deriving it from minimalism in the visual arts), pointed out in his book Experimental Music: Cage and Beyond that much of the charm of  Reich’s early music has to do with perceptual phenomena that are not actually played, but result from subtleties in the phasing process.  Russell’s workshop examines Reich’s compositions from the early phase pieces to the current video theatre works. The workshop not only looks at Reich’s rhythmic ideas and structural frameworks but also explores performance techniques. The workshop is open to both percussionists and non-percussionists, and participants in the workshop actually get to perform some of Reich’s works. A hands-on experience is by far the best way to learn about Reich’s phasing techniques, not to mention gain an understanding of the tremendous concentration and consistency that is required to play this music.

Reich, who is a percussionist himself, places emphasis on mallet and other percussion instruments in his compositions, hence the particular interest of NEXUS in Reich’s music.  I did a little surfing to look at the origins of minimalism and found an interesting observation made by work for NEXUS). In an episode of his music education radio program Schickele Mix, Peter traced minimalism’s origins to ostinati in the work of Bach and Purcell. And Reich has often cited the music of Leonin and Perotin as influences in his work.

Now, in addition to minimalism, we also have postminimalism (which is less linear than minimalism and in a percussion context has absorbed some world influences such as Balinese gamelan), and totalism which often has two or more tempos audible at once. Michael Gordon, co-founder of the Bang on a Can festival and ensemble, is one of the composers associated with both postminimalism and totalism.

For a discography of postminimal, totalist and rare minimalist music, compiled by Kyle Gann, go here, and for a hands-on exploration of Reich and minimalism, check out Russell’s workshop!