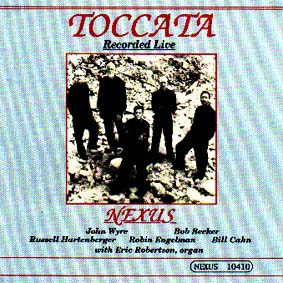 Toccata was edited and assembled by Ray Dillard

Special thanks to Michael Zöller for his help in Germany