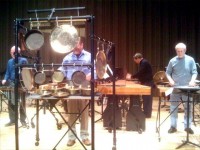 Here is a photo taken near the end of sound check prior to the concert at the Glenn Gould Studio on April 5, 2009. 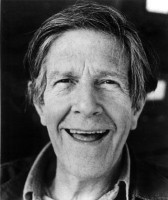 NEXUS will be starting work on a new recording featuring the music of John Cage in late January of 2009. Keep an eye on our website for more information about this exciting new recording!

2008 March 30 – Solo concert at the Music Gallery, 197 John Street, Toronto. Featuring music by John Cage, including the Toronto premier of Dance Music for Elfrid Ide (1940), and NEXUS’ arrangements of songs by Japanese composer Toru Takemitsu, as featured on their newest CD, Wings. Also performing with NEXUS will be virtuoso pianists… Read more » 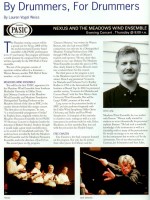