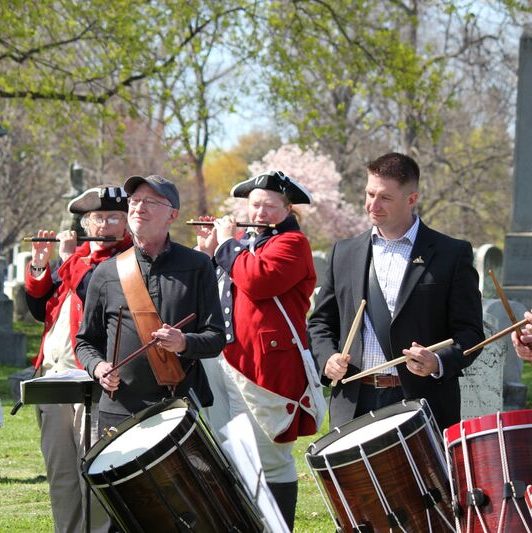 In June, 2020 I received a series of questions from SGM Mark Reilly, rudimental champion, composer and Corps Sergeant Major of the U.S. Army Old Guard Fife and Drum Corps. Mark’s questions and my answers follow.

MR. Who was your first big inspiration and why?

BB. I should say that my first teacher, James S. Betz of Allentown, PA, was an inspiration, but I was only seven years old when I began studying with him. At the time I was too young to understand how great a player he really was. I studied marimba, snare drum, piano, and music theory with him. I was lucky my parents chose him to be my teacher.

I think the first truly inspirational moment for me came when I encountered the playing of Joe Morello, and the wrist and finger control techniques developed by his teacher George L. Stone. At the time, during the early 1960s, it wasn’t possible for me to study privately with Morello, but I attended several of his clinics and worked through his published books, and of course Stone’s famous Stick Control and Accents and Rebounds. I’ve applied the ideas across the board in my percussion playing, including on keyboards and timpani.

MR. As a performer or instructor do you have a greatest musical memory?

BB. I’m not a teacher, but I’ve had a fairly long career as a player. It’s impossible to choose one memory as the “greatest” one. Performing music is an adventure, like hiking through a National Park, and each moment is beautiful and unique. I think the memories that stand out for performing musicians usually have more to do with the personalities of colleagues and extraneous, non-musical events that occur around, or sometimes during, concerts. For example, when I have opportunities to hang out with other percussionists, especially symphony orchestra players, the moments that are most often recalled involve equipment malfunctions and conductor melt-downs.

MR. What advice can you give to someone pursuing a career in music today?

BB. The first thirty years of my career preceded the advent of personal computers and the world-wide web. I feel that career advice from someone my age is pretty much irrelevant to music students. Taste in musical styles and fashion is always in flux, but today all manner of change is accelerating rapidly due to the exponential growth of digital technologies. The very meaning of what constitutes musical expression, for both performers and listeners, is evolving in ways that can’t be foreseen very far into the future. Young people today face a musical environment that is increasingly unfamiliar to me, and they will find their own new and exciting ways to interact with it, regardless of what I have to say.

MR. What has been the most helpful resource during your early development as a young musician? (Was it an instructor, a mentor, community of friends, etc..?)

BB. It was my basement. The house where I grew up had a large one, and I could use part of it for my marimba, drum set, snare drum and a few other instruments. My parents also owned an old upright piano. Having a dedicated, private practice space during my public school years was critically important. In addition, my parents’ encouragement and support for lessons, instruments, records and books was equally significant.

MR. Do you have any advice you would share with music teachers or instructors during this challenging time in our society?

BB. It might be a good time to encourage self-direction in students. I think a good teacher is able to discern which students need micro-managing and clear, progressive approaches to technical training, and which ones will thrive when given some room to explore things on their own. I was of the latter type, and many of my teachers handled me with that awareness.

MR. What gets you through a tough time? Can you share some wisdom with our listeners, maybe a phrase, or book, or quote that you remind yourself of when going through a challenging time or situation?

BB. One of the original members of Nexus, Michael Craden, sometimes reminded us: “Pain is growth!” It’s possible to embrace adversity and commit to the effort that will help develop future abilities, even if we may not know clearly what those abilities will be. That is the real meaning of the concept of “faith”.

Here are two related observations, the first again by Michael: “You have to think slow to play fast”; and the second by my tabla teacher Sharda Sahai: “No slow, no fast.” Michael was speaking about facility, and Sharda was addressing technique, but both comments are deeply applicable to any endeavor in life. When facing a challenge, slow down your actions and your thinking until you can control what you’re trying to do.