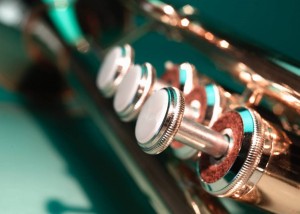 Brass and Percussion is a match made in heaven. So it is no surprise that the Canadian Brass decided to include percussion – and LOTS of it! – in their upcoming recording. Keep an eye on the CB’s website for future updates on the recording and its availability. The recording session took place just last week here in Toronto at Christ Church Deer Park, a locale well-known for its music.  Canadian composer and arranger Howard Cable, who has worked often with the Brass, created the arrangements for the recording, and called in NEXUS-emeritus Robin Engelman to provide the percussion arrangements. Although no longer performing with NEXUS, Robin has not been idle, and Howard says his percussion parts are wonderfully intricate and challenging, written for virtuoso players. That meant the Canadian members of NEXUS, of course. Russell Hartenberger and Bob Becker (and I believe Robin too) performed for the recording as well as Canadian marimbist and multi-percussion soloist Ryan Scott who is a member of the Bob Becker Ensemble and whom you can hear when he performs with NEXUS at our March concerts in St Catharines, Ontario and here in Toronto. (Ryan was also a “star pupil” of Russell’s and Robin’s at the University of Toronto). I am told that Christ Church Deer Park was banked with drums of all kinds, shapes, sizes – so much so that everyone insisted on getting their picture taken with the amazing drum set-up. I hope we can get some of those photos on the website here for you to see. Bob described the recording session as “tons of drumming, very exciting”.  Adding to the excitement was the opportunity to hear the Canadian Brass’s new trumpet players, whom Howard describes as “fabulous”.  The Brass were in Ontario to perform for the Barrie Concert Association, just north of Toronto – something that NEXUS will be doing, too, in the coming season, so keep an eye on our Upcoming Events listing for that!